A history of false flag operations 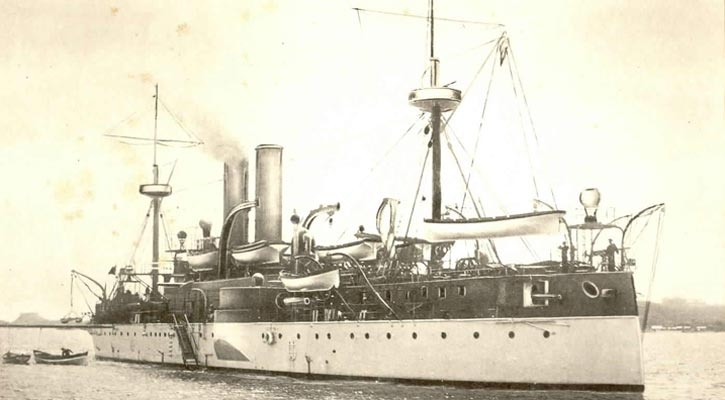 WHEN the Malayan airliner MH17 carrying 298 passengers was destroyed there was comfort from knowing that the flight recorders would be analysed in the incorruptible West.

Almost certainly the US-installed Ukrainian puppet regime was responsible and the US and EU are complicit in this awful crime.

With the war going badly Kiev desperately needed a reason to demonise Russia to justify a NATO response. If blame for the MH17 calamity could be pinned on Russia then both prayers would be answered.

False Flag operations are acts of war carried out by covert forces to justify conflict. America and Britain have a long and disgraceful history of arranging such operations.

The sinking of the Maine, a US battleship in 1898 was never a Spanish provocation. The on-board explosion was an act of sabotage. The subsequent US conspired war soon relieved Spain of Guam, the Philippines and Cuba.

The Gulf of Tonkin incident, in which American warships were ‘attacked’ by the Vietnamese, was later revealed to be a US inspired operation. The bogus outrage brought about the highly profitable Vietnam War.

The passenger liner Lusitania was torpedoed in 1915 after the US consul was sneakily informed that arms valued at £6 million had been illicitly loaded. This removed the ship’s neutral status. The subsequent loss of 1,200 passengers including 128 American citizens, brought the US into the profitable World War One.

In September 1939 British liner Athenia was torpedoed with similar loss of British and US life. This inspired ruse to bring the US into the war failed to get the backing of the American peoples. Opportunity for America to join in the spoils of war was delayed.

The later Japanese attack on Pearl Harbour was instigated by US Naval Intelligence. Drawing up an eight point plan to sanction Japan into oblivion the Japanese responded by fighting their way out of the US trade embargo corner

Due to its defensive alliance, Germany was obliged to side with Japan. Their doing so conveniently brought the US into World War Two.

Wars are profitable: The U.S. spent $2 trillion (€1.51 trillion) on the Iraq War, 90 per cent of which profits went to 1 per cent of the US population, mostly located in Congress, the Senate and America’s elite.

Senators who voted to attack Syria received 83 per cent more campaign money from military contractors than did those lawmakers voting no. Sadly, the downed Malayan airliner is merely the latest in a long depressing list of False Flag operations.