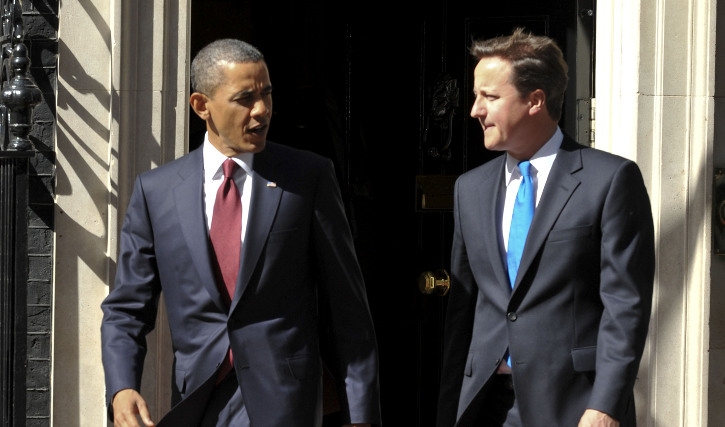 The UK and USA are in alliance to research, recon, investigate, identify and bring those to justice for the horrific public murders of innocent journalists James Foley and Steven Sotloff.

Prime Minister David Cameron and President Obama are reported to have pledged an alliance and call for global interaction through all proper military and security channels to help locate ISIS and destroy them.

The pledge of alliance and international request to assist and locate the ISIS terrorist cell(s) responsible is likely to originate from the opening of the NATO conference in Wales today. President Obama is reported to have said: “We will not be intimidated.

“Their horrific acts only unite us and stiffen our resolve to take the fight against these terrorists and those that make the mistake of harming Americans will learn that we will not forget and that our reach is long and that justice will be served.”

Suggestion in Steven Sotloff’s execution is that a 44-year-old British aid-worker is to be the third victim in what can be described as a public horrific act of intentional murder. Using innocents to express biased and radical beliefs.

Prime Minster Cameron in PM questions said: “A country like ours will not be cowed by these barbaric killers. If they think we will weaken in the face of their threats, they are wrong.” Going onto say that the UK have assisted in military strikes previously and are prepared to do so again, in the process he did not flinch from the possibility of death in a military response and insisted that Britain would not be deterred by threats from ISIS, or pay ransom money.

The prime suspect dubbed ‘Jihadi John’ has been described by the UK’s Metro newspaper as ‘Jihadi John is now a dead man walking.’

ISIS have responded to their beliefs, their upset against military action, their upset against the United States of America by publicly executing (at the time of this report) two innocent journalists doing nothing other than their jobs; reporting the news not making the news and bringing the news to the forefront of the world audience. What this barbaric terrorist  and murderer fails to recognise as do those he aligns himself with, is that journalists generally report from all aspects of a lead, a story, issues worthy of public attention, public reaction and indeed, public interaction.

World attention now on the Premiers as to their response is captive.