I never said that…. 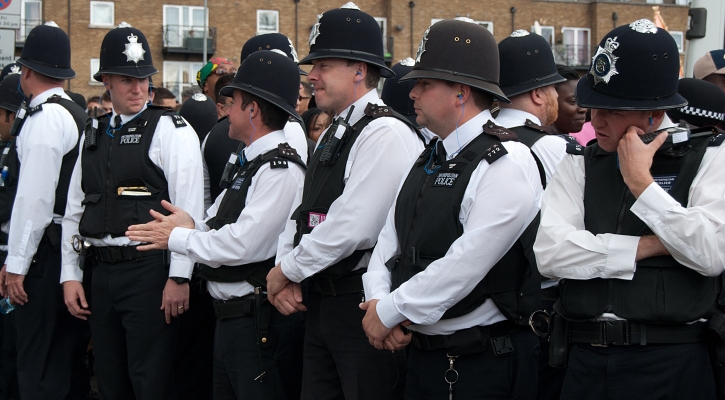 I DO get miffed when my blurb is misinterpreted and subsequently misquoted. At no stage in a previous column did I say that to counteract a possible uprising by militant Islamists, the UK needed an armed force of soldiers patrolling the streets – I saw enough of that in the dark days of Northern Ireland’s ‘Troubles’.

What I did, however, suggest was that we needed large numbers of heavily armed special forces, some 5,000 or so per large city, on call and ready to go into action at a moment’s notice.

I reiterate that by providing these forces they could nip any uprising attempt in the bud.

If rioting extremists are allowed to increase in numbers because they are met with inadequate means, i.e. soft police lines arm-in-arm, subsequently upped to police carrying plastic shields, followed possibly by water cannon (human rights allowing, of course!) and finally the army shooting rubber bullets, the mobs will, by then, be totally out of control and before you can say Allah akbar, involve the UK in unprecedented street conflict which could spread like wildfire.

Get in early with a big stick and squash any mob uprising in the shortest possible time. This would also send out the message to other potential terrorists that their actions won’t be tolerated and if they do attempt to disrupt the country, they could be sampling their 72 virgins much earlier than they anticipated. In other words, don’t pussyfoot around!

That is something our illustrious leaders still seem to be doing in the face of the so-called IS. Even after admitting this renegade mob is one of the most dangerous adversaries in history, they still ponce around like indecisive pussycats. By the time they do set up a full-scale bombing campaign, these dangerous animals will have dug in so deep underground that nothing short of a nuke from the air will touch them. (Didn’t they learn anything from Vietnam?)

They will then have no choice but to put ‘boots on the ground’ and here we all go again. Another war taking the lives and limbs of our precious young men and women in yet another Godforsaken Middle East hell-hole.

The problem is that Cameron has no bottle, Clegg is mentally impaired and Obama, in my opinion, is a closet Islamist. Until they get their acts together, or are replaced, I’m afraid their cowardice will continue to put us in such peril that I fear the Islamist flag could one day be flying over Downing Street and the White House.

So there you are. To those it may concern, in future please read my scribble properly before making comments that are totally up a gum-tree. You know it makes sense.