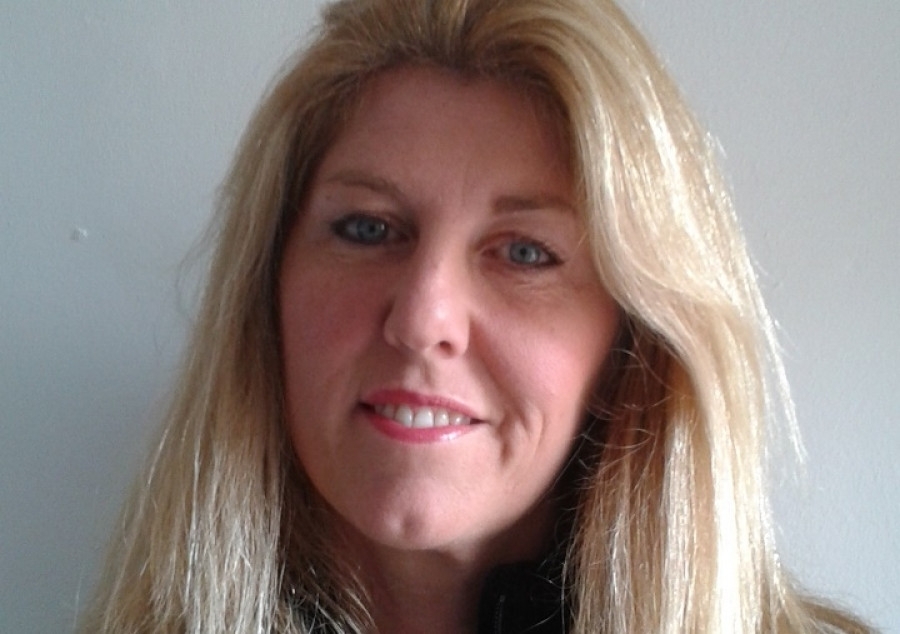 TOMORROW I would be going to the Materno hospital in Malaga for a CAT scan on my brain and the rest of my body. This was as a precaution as I had been experiencing headaches and blurred vision. The mind is a powerful thing and can play tricks on you, so I was looking forward to doing to the test and hopefully being able to discount that the cancer had spread to other organs. The scan wouldn’t be painful but I would have to be absolutely still for the entirety of the scan.

I was hoping that I wouldn’t have an itchy nose like the last time I had an MRI scan!

Just pondering what the following day held for me and the school rang me to say that my daughter was feeling unwell and had blurred vision. My son who had been in A & E just the day before with a temperature of nearly 40 was sleeping off his terrible fever. Rafa, my daughter’s teacher, drove her home as we live near the school.

The teachers were all aware of my situation so were only too happy to help. Life goes on! One in bed with a fever, the other on the sofa complaining of sore eyes and headaches and one Mummy flying slightly at half-mast! What a team we made! My daughter had had an eye test just a few days ago and the optician didn’t seem to think she needed glasses… just a very slight myopia to keep an eye on… pardon the pun. Right, time to cheer us all up and the way to do that was through food! So I got out my cookery books and looked for something delicious and comforting to make. Pumpkin soup… the children weren’t so convinced!!

November 25, I arrived at the hospital in the morning for my CAT scan or TAC as it is called here in Spain. You have to drink a glass of water every 15 minutes for an hour before you have the scan. Then I was called in to administer the contrast dye, just a quick prick and into the vein it goes.

Then they move you bit by bit through the scanner and you have to remain absolutely still. No drama as it only took 10 minutes.

November 26, I had to go to the hospital El Materno at 7:15 for a blood test, book my appointment with the oncologist and then I went for breakfast. I returned to the hospital, accompanied by Jorge who has been an absolute rock for me. We had a four hour wait as they prepared the blood analysis and all the scan results. Finally my name was called and in we went to see the oncologist. She gave me the good news that my brain and body were free of tumours, but there were some stains or lesions in my lungs. Nothing too serious but they needed watching so I would need to go back for another CAT scan within three months.

I was also told that I had to remove my coil because the hormones were counterproductive for breast cancer and my treatment. Then, to my total surprise, they told me I would be having my first session of chemotherapy the very same day. In a way it was great just to get on with it.

The nurses came and explained all the possible side effects of nausea, diarrhoea, hair loss, sore stomach, possible loss of appetite, dry skin, mouth ulcers, white gums – a sign of your immune system being down, brittle nails, vaginal dryness and a zillion other things. She then gave me lots of information about cancer support groups, wig specialists and diet advice. You have to hydrate yourself well on the inside and outside, eat lots of nuts and take certain medication and drink lots of tea, ginger is apparently wonderful. I was told that my hair would fall out within a week to 15 days, so I was advised to cut my hair short and choose a wig or scarf and have it ready for the inevitable moment!

It was a lot of information to take in but more or less message received. My chemo nurse Rosa told me she would ring me in a few days to check how I was and to see if I had any questions, she gave me her number. She was utterly charming and professional and definitely in the right job. I felt like I’d won the lottery as I had been so lucky with all the medical professionals that I had come into contact with.

Then time to start chemo! I would be having eight sessions every 21 days of quite an aggressive dose. They inserted the drip into a vein in my hand and fed through a preparatory cocktail to protect my stomach and reduce the likelihood of nausea. Then they flushed out the vein before starting the first in a two part chemo treatment.

That took another half an hour having rested for 30 minutes and then the final blast was administered. This was a very funny orange colour and I was told not to be alarmed that my urine would be slightly toxic and orange of course.

Apparently you have to be careful near children and make sure you flush the loo well and disinfect the bathroom thoroughly. They were right. My first pee was an impressive sunset orange!

The alarm sounded and the treatment was over, the needle was taken out and I can honestly say apart from a slight headache I had not experienced any side effects.

I was advised to stay away from people with coughs and colds as my defences could be compromised. As my son had a fever and a virus I decided to stay away and his father looked after him and his sister.

So off I went to stay with my second family in Malaga! I was so well looked after, delicious food, baths were run, candles were lit, soothing music sounded, my skin rehydration treatment… you name it. What a lucky girl. In the meantime I received messages of love and support from my friends and family and colleagues.

I went to bed feeling happy and relaxed and very pleased to have started my treatment. Now I just had to wait for the bone scan results and return in 21 days for my second chemo session. Roll on December 17.