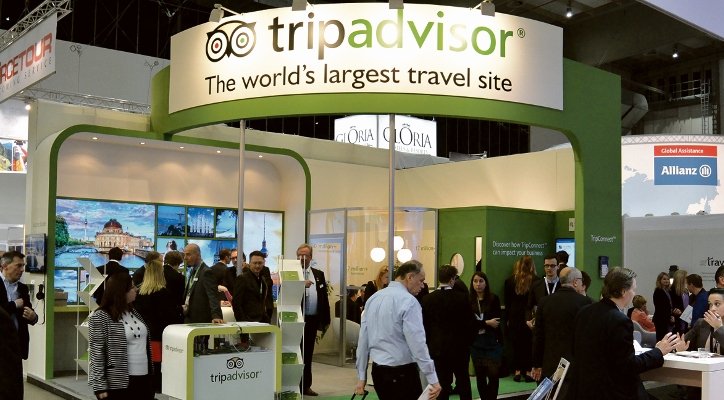 WITH the news at the end of last year that Italy’s antitrust authority fined TripAdvisor €500,000 over ‘defamatory’ hotel reviews, maybe it’s time to take stock of some of its highs and lows in 2014.

First off, there were the threats from some in the travel industry. Like the Broadway Hotel, Blackpool, that charged a couple £100 after they posted a critical review describing it as a “filthy, dirty rotten stinking hovel run by muppets.” (This only to be surpassed by New York’s Union Street Guest House’s surcharge of $500 for negative reviews.)

Of course, this backfired spectacularly for both hotels with lots of mocking reviews appearing on TripAdvisor.

Don’t you just love it when bad businesses blame the customer and then get uppity when the ensuing firestorm of bad publicity erupts? Instead of fixing the problems, they then have many more people aware of their ‘reputation’. You have to give them five out of five for canniness.

The BBC should have sent a production crew up to Blackpool to do a remake of Fawlty Towers. Script not needed. Can’t you just picture Basil scrolling through his TripAdvisor reviews!

Sadly, the other side of the coin in 2014 was bribery. Unscrupulous people threatened hoteliers with bad reviews unless some sweetener was proffered: a huge discount on checkout (or even before booking). Dragons’ Den panellist/hotel owner Duncan Bannatyne got stuck in: “People are coming to our hotels and threatening to write bad reviews to get money off their bills.”

Some in the travel industry have even taken legal action against TripAdvisor. In 2012, the owner of a Scottish B&B made legal history after winning a landmark case against it. But last year the owners of another Scottish B&B lost their battle to get it to reveal the identity of negative reviewers so they could sue the authors.

TripAdvisor is undoubtedly useful. My main rule of thumb is to ignore any review by those who have only posted one. There are a surprising number of these, and they tend to be either completely glowing or completely damning – either fake or by someone who doesn’t get out enough. Conversely, if the reviewer has 10+ reviews across a range of star ratings, it’s worth reading what they have to say…