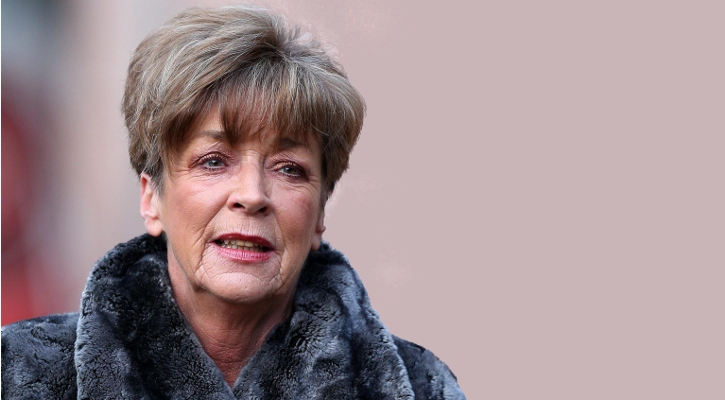 CORONATION Street actress Anne Kirkbride, who gave life to the popular character of Deirdre Barlow in the soap, has died after a short illness.

People across Mojacar, Almeria, received the sad news of Anne Kirkbride’s death today (January 20) and spoke fondly of the actress, who often spent time at her villa in the area.

Donna of Donna’s Boutique explained that the actress visited her shop many times and always had time to stop for a chat. Donna said: “One of the things Anne loved best about Mojacar was the fact that everyone here treated her like a normal person and she was able to get out of the spotlight here and lead a normal life.”

Shea Fox, owner of Bar La Parata, said: “Annie came to my restaurant all the time when she was over with her husband David. She is greatly missed, not only by myself and all my staff, who loved her, but also many customers who got to chat with her, the real person. Annie loved Mojacar and especially the Parata. She was so warm and natural, always giving of her time, while posing for photos and chat with all and sundry. La Parata and Mojacar have lost a true character.”

The 60-year-old actress had been part of the British soap for more than 40 years and was part of some major storylines, including love triangles and a prison sentence for mortgage fraud in 1998, which caused a real life campaign to be launched with the then Prime Minister Tony Blair promising to intervene to have her released.

Although Kirkbride was rumoured to have retreated to her villa in Mojacar, Almeria, after asking for an extended break from filming in September, she is reported to have died peacefully in a Manchester hospital.

A statement on Coronation Street’s website said that the cast and crew were heartbroken by the sad news, and William Roache, who played the part of her husband in the soap, said: “I feel Anne’s loss so personally having worked closely with her for over 40 years.”

Executive producer of the soap Kieran Roberts said the cast felt blessed to have worked with her.