Balearics rugby round up 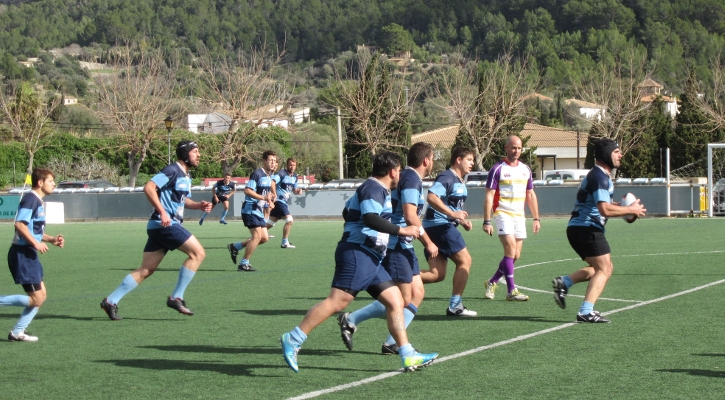 EVEN though it was an extremely cold and windy weekend, which made kicking very difficult, plenty of teams took part in matches or tournaments throughout the Balearics.

Nothing stopped the youngsters playing on Sunday morning in the ‘Rugby Day,’ even though the spectators who had turned out to cheer them on were freezing in the very blustery wind and sleet in Agora Portals.

In the U8 category El Toro RC were victorious in all of their matches, as were their U10 team who all played very dynamic rugby.

In the U12 age groups El Toro RC were also victorious, this time in a combined El Toro and Mallorca Bocs team. These were more difficult matches for the youngsters as the other clubs participating were on a more equal footing.

RC Ponent continued their domination in the U14 category, winning two matches and showing good control of the ball. Agora Portals pushed hard until their last match of the day when they showed a superior game to beat the combined ‘Tobocs,’ who never gave up.

The seventh leg in this tournament was hosted by Migjorn RC in Menorca.

Bahia RC hosted the eighth in the series of girls’ sevens tournaments at their pitch in S’Arraco. Matches were fast and furious, with some excellent rugby being played as the teams benefit from experience as the season progresses.

On this occasion El Toro RC were clear winners against their main rivals and league leaders, RC Ponent. The hosts also beat RC Ponent in an exciting match and worked very hard to hold off El Toro RC, although the second half of their match let them down, finally losing by 12 points to 22. Other teams participating were Corsaris RFC and Shamrock RC.

A very successful inter-club training session, which reflects the promotional work by the Baleares Rugby Federation, and coached by international player Marta Lliteras, took place for the female players around the islands.

Ibiza RC played at home in Can Misses against second placed RC Ponent B and won in a closely fought match to keep their playoff hopes alive. Spectators were entertained by some excellent rugby between the teams. Final score was 27 points to 24.

Dimonis RC could only find seven players for the match against Bahia RC so the victory and points were given to the host team. The match score was set at 7 points to 0. A friendly training session in lieu of the match took place with the two teams.

RC Ponent retained their lead at the top of the league with a win over Corsaris RFC. The visitors worked hard during the first half, staying in the match and scoring two tries against RC Ponent’s three, giving a close half time score of 17 points to 12. It was during the second half with a succession of tries, taking the score to 46 points to 12, that RC Ponent showed their superiority.

El Toro RC had a disappointing match against Shamrock RC in a windy Son Roca. The visitors, although they played hard, are still missing players out for injury and also had to put up with poor refereeing and underhand tactics from Shamrock RC players. The final score was 26 points to 17, a first win for Shamrock RC in this league.

Coming up next weekend

All Senior teams are in action next weekend: El Toro RC play archrivals RC Ponent A in Son Caliu, RC Ponent B are due to meet Shamrock RC in Principes de España, whilst Dimonis RC host Ibiza RC in Manacor and Corsaris RFC play in Pollença against Bahia RC.

The girls and younger teams have a break whilst the U14, 16 and 18s have a Baleares training session.