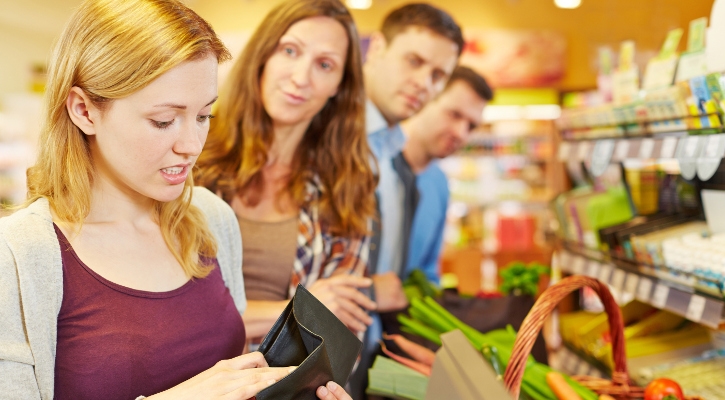 LIKE many people who visit the mother country during the winter months, my lovely wife returned with some excess baggage in the form of a nasty bug. The cough that accompanied it seems to come and go, and yesterday just as we were thinking it had finally departed, back it came with a vengeance.

‘It feels like I’ve been here before,’ moaned the Princess.

‘Perhaps it’s déjà flu’ I quipped, which I sensed did not go down particularly well, because she proceeded to staple a shopping list to my forehead and sent me off to the supermarket.

I don’t have a problem with shopping when I can mooch around on my own and avoid spending valuable time doing a complete circuit or two looking for my much-better half, or scour the supermarket aisle by aisle for the disappearing spouse. One minute she is there, the next dematerialised.  It’s a neat trick, because without warning there she is at my elbow demanding where the heck I have been.

With the required items safely in my basket, I did a final reconnoitre because let’s face it, women always forget something.  I pick up some of those scrummy chocolate chip muffins that holler ‘eat me!’   How could she forget those?

And I drop a bag or six of various flavour crisps into my ballooning basket, oh and a pack of beer.  We rarely partake of these naughty items you understand, but you never know who is going to drop by and it’s best to play safe.

Now the tricky bit.  The check-out.

Why is it that the people checking through a bottle of water and a donut use a credit card, and those with trolleys stacked two storeys high, insist on paying in cash?  The latter being the case on this occasion.

It didn’t help that the two ladies were having a riveting discussion about family, the Spanish economy and Antonio Banderas’s dangly bits.  But the news that the said goods had to be paid for, seemed to come as a complete surprise to the high-rolling customer, who then began to rummage through her handbag for euros.  And being a thoughtful soul, she was determined to tender the exact amount down to the last cent, as she dug around in a separate purse that appeared to hold several kilos of shrapnel.

Just before Halley’s Comet reappeared, I managed to plonk the two bags on the counter that I had been mindful to bring with me, as the now disinterested looking teller began to ring up my items. ‘Bolsa?’ she challenged, and before I could reply, threw one at me and dinged up the amount on the till.

Must sharpen up my response time.

Colin Bird can be contacted at: [email protected]