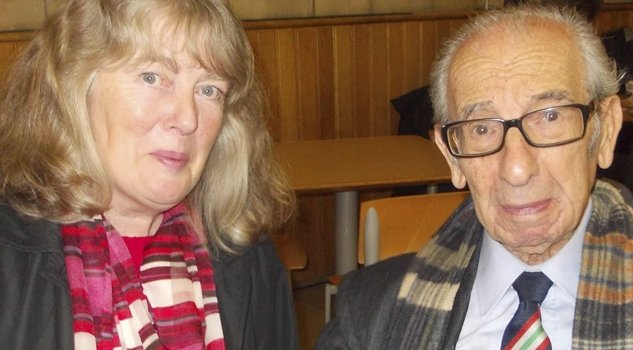 WITH the debate about the controversial ‘15-year rule’ for expat voters heating up, the Costa Blanca branch of Labour International has voiced their opposition to the rule that prohibits expats living abroad from voting in the UK General Election if they have been away for more than 15 years.

And they have also urged those UK expats who are eligible to vote to make sure they register soon.

“Resident expats who have been away from the UK for less than 15 years can still register as Overseas Voters in the last constituency in which they were registered in the UK,” said Lorraine Hardy, Costa Blanca-based Labour International secretary.

“It is vital that eligible expats do this as a precursor to a possible In-Out Referendum on the UK’s membership of the EU. Depending on the outcome of the General Election, this could happen quickly and it is essential that expats living in the EU have their say.”

Ms Hardy attended the House of Commons with the veteran campaigner for voting rights for British people abroad, Harry Shindler, at the first reading of Geoffrey Clifton-Brown’s Ten Minute Rule Bill to remove the 15-year limitation on overseas voters in December.

Labour International in Spain are reminding British expats that they need to re-register annually to vote and now that the online registration system is operational, some Electoral Registration Officers are not sending out reminders.

Dick Smith of the Labour International co-ordinating committee said: “We are supporting Harry Shindler and lobbying in our own right for both the dropping of the rule and also for the establishment of an MP, or MPs, to be elected by and represent British citizens that are resident outside the UK. There is a consensus among the overseas branches of the major political parties in this regard.”

Mr Smith said that the UK Labour Party has no official policy on the 15-year rule and that a number of Labour MPs are not in favour of restoring the vote, but that Labour International “is working hard to change the minds of these MPs.”

British expats residing in Spain who are eligible to vote can log on to www.gov.uk/register-to-vote. The process takes less than five minutes.