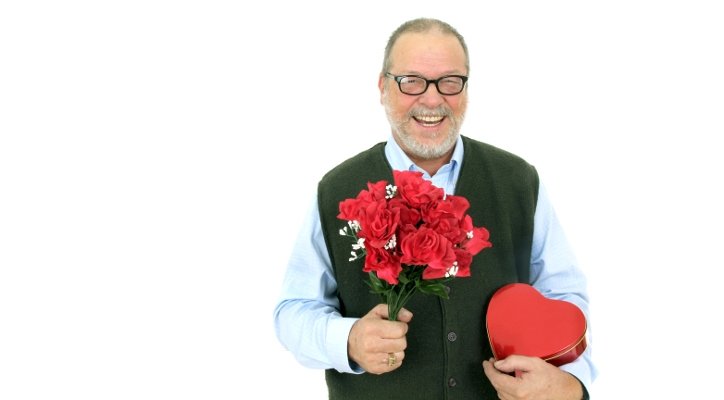 It began as a celebration of one or more (the exact number’s uncertain) early Christian saints called Valentinus.

According to one of the most popular accounts, Saint Valentine was imprisoned and tortured for performing marriage ceremonies for Christians persecuted under the Roman Empire. (An edict prohibited the marriage of young people, based on the hypothesis that unmarried soldiers fought better than married ones, because the latter would be more concerned about getting killed and the consequences for their families.)

During his imprisonment, Saint Valentine’s said to have healed the daughter of his jailer Asterius and, legend has it, before his execution wrote “from your Valentine” as a farewell to her.

It wasn’t until the Middle Ages that the day first became linked with romance. And by the 15th century, it’d developed into a full-on event with flowers, confectionery and the exchange of greetings cards (known as ‘Valentines’).

Nowadays it’s the second most celebrated event around the world after New Year’s Eve – and the most popular time to propose/get married.

Which reminds me of an old family yarn about a naval friend of the family and his marriage plans. During World War Two, he’d planned a romantic Valentine’s Day wedding. Suddenly, he received orders to prepare to ship out, and all leave was cancelled. But as a young man in love, he went AWOL. He and his fiancée were married three days earlier than originally planned and he returned to base to an angry petty officer. After hearing the explanation, the latter grudgingly replied, “OK. OK!” Then, as an afterthought: “But don’t let it ever happen again!”

Another friend met her future fiancé online. After dating for over a year, she introduced Chris to her technophobe uncle. Intrigued by the fact they’d met over the internet, he asked Chris what kind of line he’d used to pick her up. Ever the geek, Chris replied, “Just used a regular broadband connection.”

Which reminds me of that old De Beers campaign slogan for diamond eternity rings aimed at husbands: “She married you for richer or poorer. Let her know how it’s going…” Romantic, eh? Have a nice day!