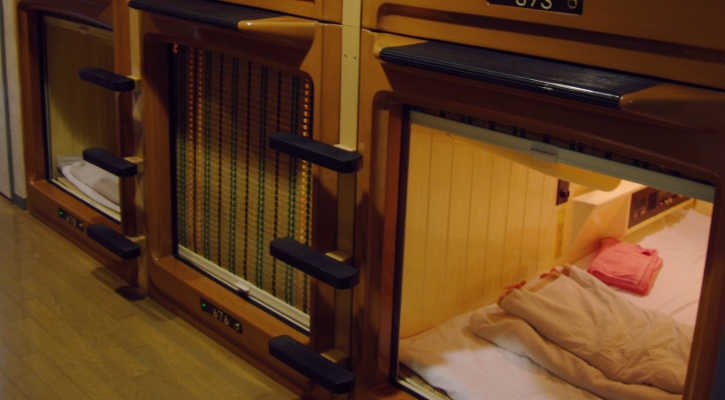 THE financial crisis has brought about new ways of making ends meet, some of which had before seemed unthinkable or been seen as strange foreign customs.

One such idea is that of capsule accommodation, which many in Spain had seen on documentaries about Japan and found rather a strange and claustrophobic idea.

Yet three such establishments in Barcelona are proving that they are not quite as bad as they may seem with not only tourists and short-term visitors pouring in the doors, but also people who set up home.

He explained that he initially went to a capsule-hostel because he was unemployed and unable to afford larger accommodation, but later decided to stay on.

“Now I have found a job but I like it here, the atmosphere is great and the staff members feel like family,” Sergi explained.

While other shared accommodation may provide more space, Sergi found there was far more privacy in the capsules, and as opposed to traditional bunk beds, they provided a bedside shelf, lamp and sockets.

Breakfast was included in the price and residents had access to kitchen facilities.

Hostel Box manager Javier Velat explained that compared to the €350 per month a room in a flat or €650 per month a whole flat could cost, capsules are available on long-term offers for €240.

“At the moment we have people from Barcelona or Italy who work here and also foreign students who have been here for four or five months. When the academic year starts we tend to have Erasmus students staying here while they look for a flat. Some end up staying all year and become part of the family,” Velat explained.

Those who spend shorter periods of time at the hostels include families, who can rent entire rooms with between four and 14 individual capsules inside, and travelling salespeople.

Velat opened the first capsule hostel in the city two years ago, and explained that although the original idea was copied from capsules in Japan, these are slightly different as access is through a curtain on one side.

Now the 32-year-old entrepreneur is thinking of taking capsule hostels to Madrid and other European cities as they gain popularity day-by-day.