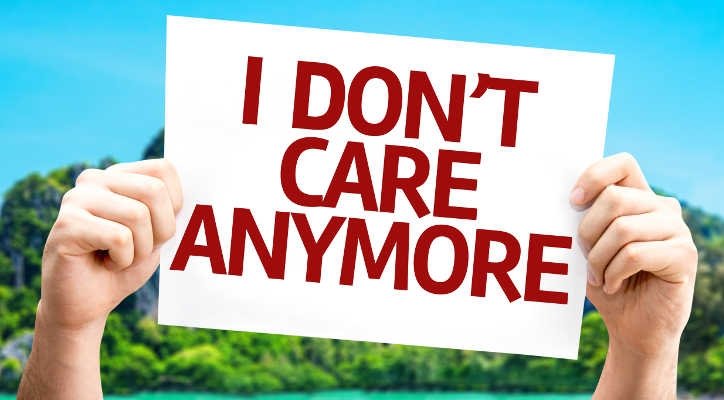 NO SURPRISE: It took me an extra five years to finally arrive.

I TURNED 45 the other week, and I think it’s finally happened. You know, that thing that is supposed to happen to you when you enter your 40s: where you just stop caring what other people think of you.

For an inveterate ‘People Pleaser’ like myself it’s no surprise that it took me an extra five years to achieve this, but recent events would tell me I have arrived, finally.

Exhibit A: I wrote an article about a controversial animal rescue centre in Mallorca. After visiting the centre undercover I realised that it wasn’t as bad as many people had been making out, plus the staff, without knowing I was writing about them, were very nice to me.

The centre itself has extensive building development going on for new accommodation for the animals. I wrote this down, in an encouraging ‘Go Rescue Centre!’ way to give the widely criticised place some praise.

The ‘Animalista’ community of Mallorca disagreed with me and fell upon my article as proof that I was 1) a terrible journalist (perhaps), 2) a moron (..er…), 3) had been there with the full knowledge of the centre (no) and 4) had been paid by the centre to write it (no)! Better still, they did online in English and Spanish, over and over again for about 48 hours. I even received hate mail.

I had just written what I had seen, rather than what they wanted me to write. And that made them mad.

It was a very upsetting two days, but I took advice from friends and colleagues not to reply, then by day three I woke up and it didn’t bother me any more.

Exhibit B: It will be International Women’s Day next weekend on Sunday March 8.  Every year for the past five I have organised an IWD event with some friends of mine. This year, we decided to do it differently. The theme of IWD this year is ‘EQUALITY,’ so we decided, why not include men and make it International People’s Day instead.

Living in Western Europe I don’t feel I am discriminated against because of my sex, even though there are plenty of places around the world where women are subjugated and abused, but until men and women live equally this won’t change.

So I announced that this year it will be IPD, and immediately the messages began criticising the decision. Particularly it seems from women who have never supported one of the IWD events, ironic really.

The subject of equality is just as relevant to men in the workplace, in the media and in the home. So next week on Saturday March 7 from midday to 4pm at Mood Beach there will be a free entry International People’s Day event with stalls, business networking, charities, lunch and fun. Guys and gals, chicos and chicas, men and women are equally welcome. Stall bookings and lunch tickets from [email protected]

More articles from me at www.familymattersmallorca.com