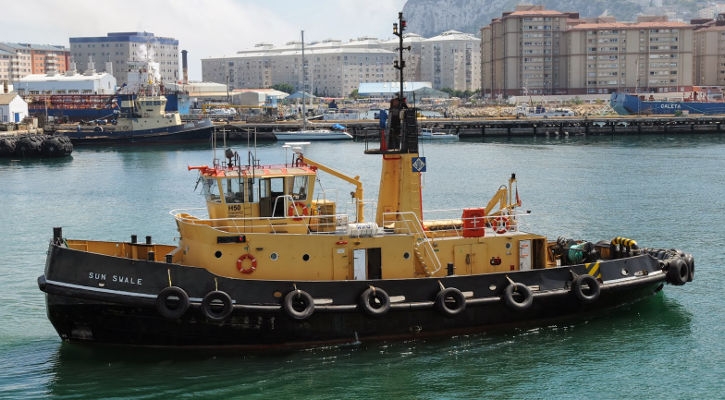 BOTH the conservation organisation Helping Hand Trust and the Gibraltar Ornithological and Natural History Society (GONHS) are smiling this week, as the old tug boat ‘The Sun Swale’ was deliberately sunk off the South Mole.

The aim of the operation, carried out on Monday, is to create an artificial reef to help support dolphin research and protection.

The project to create an underwater environment to attract fish and other marine species is the result of a collaboration between the Helping Hand Trust and GONHS.

This good news comes on the back of the Gibraltar Government’s announcement that work on the wreck of the Panamanian cargo ship ‘MV New Flame’ had been completed. The wreck will stay on the seabed, and the government has secured £5.5 million compensation which it intends to use to protect and enhance the environment. Again the Helping Hand Trust and GONHS said they were very pleased with the outcome.

Both organisations were concerned that a removal of the remaining wreckage – which had already been made safe for shipping – would significantly damage the marine wildlife. More than two years after its sinking, this would have disturbed the inhabitants of the seabed, while leaving it where it is will even enhance biodiversity.

Chairman of the Helping Hand Trust, Dr Eric Shaw, was interviewed about the issue last week by the Gibraltar Broadcasting Corporation and said, in his opinion, the money, “should be spent where none has been used before.” He went on to say that investments in the marine environment should overlap with investments in the terrestrial environment, as both were interlinked.

The trust added: “Since we started our monitoring program we have been out between two and three times every week. On some of our trips we saw small groups of common and/or striped dolphins, in some cases they were interacting. In one case we even saw the incredibly rare sight of a single bottlenose dolphin accompanying a herd of common dolphins.”

To learn more, or to get involved, contact the Helping Hand Trust – Marine Research and Conservation in Gibraltar www.helpinghand.gi