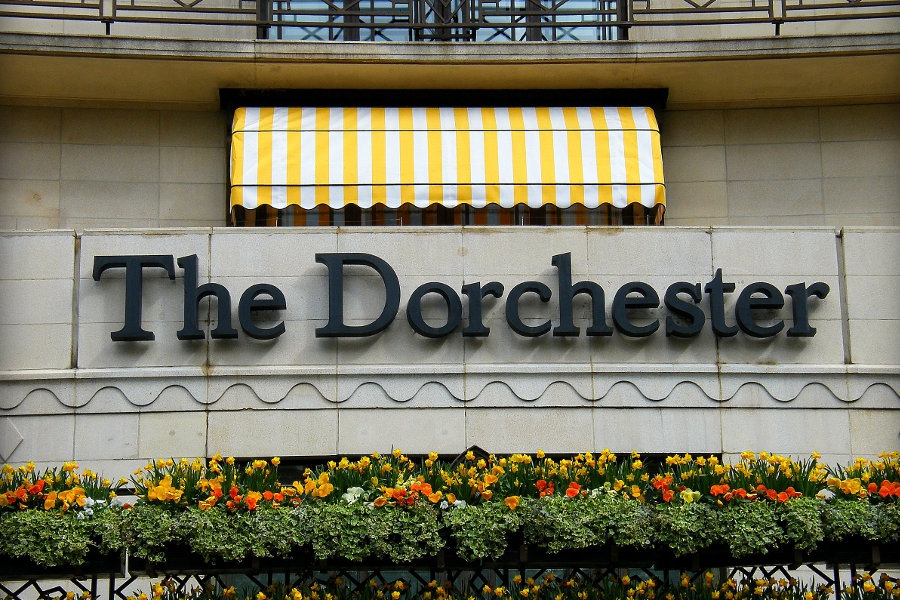 LONDON LUNCH: Bob Hurst whisked me off to the Dorchester.

AND so it happened, one sunny less day I decided to go to England, homeland of my clients. It would be a tour de force in that once landed and installed at some cheap tourist hotel, I would begin phoning clients, the ones I knew the longest, first. I started dialling. The unconventional success I was met with twinned that of Rudolph Hess when he parachuted into Scotland for a kipper or two.
As I worked my way through the list I was truly amazed how well I could be fobbed off. Everyone was so polite but firm- no time for visitors. It would appear I needed to give each recipient of a visit some five to six weeks notice! Hmm, these were the same folk that pleaded with me to visit them, each pronouncing to me a detailed list of unique watering holes I would be guided through.
But, having suffered the same rebuke some 30 consecutive times I finally detected a pattern. The English were a nation that planned events well ahead.
OK, I can understand that, but wasn’t going to be denied. So being a clever Yank I reversed the order and brazenly called the last client I had sold to and who had only returned to the UK just three days before.
“Are you on your own?”he asked. “How long you here for? well, I got so much to do, chickens to milk, bulls to herd, and plenty of farm work. Besides I don’t live in London but about two hours away. Ok, I’ll pick you up at your hotel at noon and take you for lunch.” Here was a true English gentleman that could adjust a stone carved social schedule for a spontaneous insertion. Since that moment Bob Hurst was always a good friend and high on my pantheon of star Englishmen.
At high noon my friend arrived in the most dilapidated Volvo I had ever seen in England. Bumpers were falling off, the door was wired shut and the body work appeared as if it had just survived WW II. I jumped into it excitedly.
He announced, “never mind the car, it’s what I use when I come to London. Now, let me take you for a nice lunch and off he drove to the Dorchester Hotel. He dropped me off at the front door whereupon I was greeted by what appeared as a General wearing a large top hat, a heavily brocaded uniform and sporting white gloves. He said to Bob, “probably Sir you’d like to Park your car over there (pointing to an empty car park) so your vehicle can’t be banged or scraped.” Within a minute Bob joined me as we strolled into the restaurant.
“Pay no attention to the doorman, I’ve eaten here more times than he’s opened car doors – but the English do get class conscious often, especially the lower ranks.”
Bingo, I instantly knew I was gonna like Englishmen on their own turf!