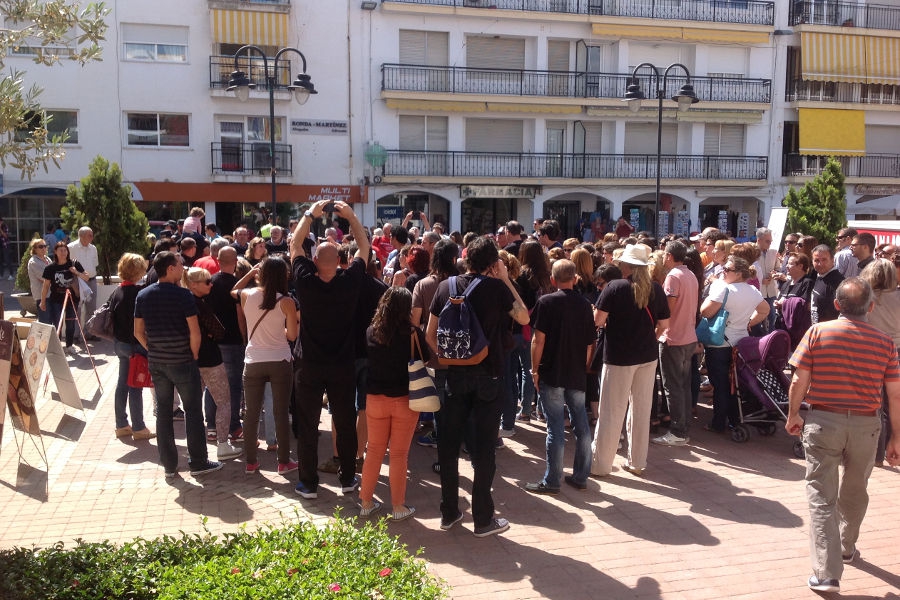 CHARITY faces desperate times unless a way forward can be found.

EMAUS Communications Director Montserrat Fiter has spoken to Euro Weekly News (EWN) of her deep distress over the state of the association’s finances.
She stressed that Emaus was deeply grateful to the many organisations, such as the Make A Smile charity, that work tirelessly to help support the children in the care of Emaus homes. That money goes directly to the children, providing a vital source of extra food and other basics which they rely on for survival.
However, in dire financial difficulties, Emaus staff, including Montserrat herself, have not received a salary for months.
At this critical pass, around 100 Emaus workers and supporters resorted to gathering outside Altea Town Hall at 11am on Friday May 22, their intention to heighten public awareness to the plight of the children and to their own dilemma. They were moved on within five minutes, told by police that their demonstration was illegal and that if they did not disperse they would face fines of up to €3,000.
Following crisis talks on Tuesday May 26, sources close to Emaus told EWN that there is now a way forward. Help is at hand and a plan is now being formulated with the help of a number of major players working hard towards a solution for the homes that have provided some of the Costa Blanca’s most vulnerable children with the only stable environment they have ever known.
The main priority is to keep the children in the homes where they have an established and secure family unit.
Sources close to the Emaus Association said: “What is absolutely imperative is that the children’s lifeline to funding and support continues without interruption at this distressing time. Private fundraising has always been indispensable to the homes and now it is even more imperative that vital public support remains steadfast.”
EWN will keep readers informed of progress being made to effect a workable and lasting solution to the Emaus crisis, with a forward plan hoped for by the end of next week.
As Emaus waits – and hopes – the Costa Blanca community stands firmly behind the children who so desperately need continuity and security in their lives.