A light snack before dinner 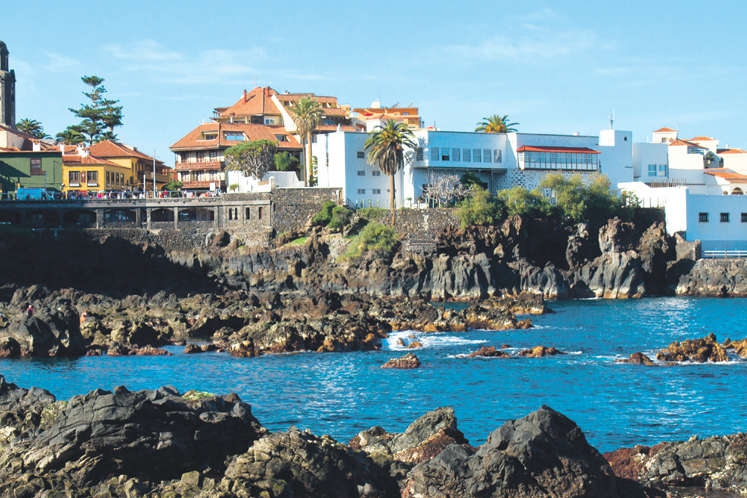 WHEN visiting Tenerife recently, we realised on going ashore that some of our companions were not as au fait with the Menu del Dia system as us.
Although you can eat yourself silly on board ship, there are occasions when you are in port that you see food so tempting, or the aroma so overpowering, that it is impossible to resist.
So there we were in Puerto de la Cruz. It was 2pm and would not be sitting down to dinner until 8.30pm. Having located a traditional Spanish restaurant, we sat on the balcony overlooking the sea and perused the menu.
My fellow travellers had decided they fancied a nice plate of gambas, oh, and why not some Calamari a la Romana as we were all in a fishy mood. First though, the all important drinks.
Vino for the ladies, and in my best Spanish, three beers for us lads and by the way, did they have Mahou? Of course they had. On draught? Yes. Thus ordered, we then decided to add some Camembert Frito.
Our drinks arrived and to our surprise, we blokes were presented with three bottles of German beer plus three steins of draught Mahou. My language skills had been lost on our waiter.
These were closely followed by a stonking great salad, a mountain of bread, some alioli and a pot of beef dripping with some crunchy bits.
Next the Calamari on a dustbin lid posing as a platter, surrounded by a large quantity of fried potatoes and onions.
Room had to be found as a steaming sierra of garlic prawns arrived, along with a whole deep fried Camembert and another shopping trolley of bread.
We rolled out of the restaurant 90 minutes later, on the point of detonation and with our English and South African friends enthusing about the great value of the Spanish Menu del Dia. Dinner on board was a trifle subdued that evening.