Who took the love out of tennis? 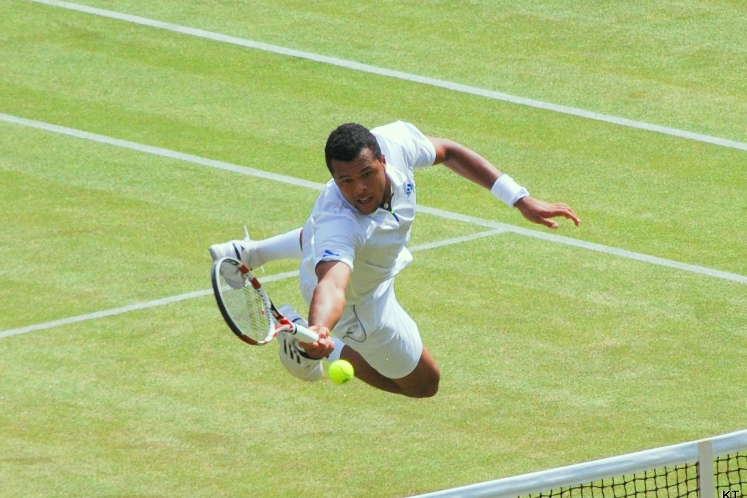 ONCE again Wimbledon has come and gone, and by now we will have seen the latest champions parading around Centre Court, displaying their silverware.
It’s all about the prestige of winning these trophies the players assure us, but with £1.88 million going to both the men’s and ladies’ winning finalists, I reckon the cash just might be a slight consideration too.
I have always been a Wimbledon fan. Taking time off work in my teens to watch the games on TV, I simply could not get enough of watching the giants of the game on our less than giant 14 inch screen telly.
I remember with fondness the golden days of Australian tennis with players such as Rod Laver, Roy Emmerson, Ken Rosewall, Margaret Court and Evonne Goolagong.
My own favourite was John Newcombe and I looked forward to the artistry and comedy from him and Tony Roche when they played together in the doubles.
Sure, they played to win, but the dignity and traditions of the great game have slowly deteriorated since the introduction of the really big bucks.
Rudeness is commonplace and began in earnest with the emergence of John McEnroe in the 70s. He may be a respected tennis analyst now, but his conduct then was anathema to true tennis fans.
I still marvel at the artistry and skill of today’s players, but the magic has diminished and the grace and decorum which was a mark of the game, have all but disappeared.
It irks me to see players tossing sweaty towels at the marvellous ball boys and girls without a smile in recognition.
And when that screaming banshee Maria Sharapova stalked off the court, having won her game against the exotic sounding beverage, Coco Vandeweghe, she scribbled her autograph impatiently across programmes without even the courtesy of eye contact with some splendid old gentlemen from the Royal Chelsea Hospital.
Ironically, each one of them is more suited to the title of hero than she will ever be.
But truth to tell, I will probably be glued to the TV once again when Wimbledon 2016 rolls around.