The best of Cassandra Nash 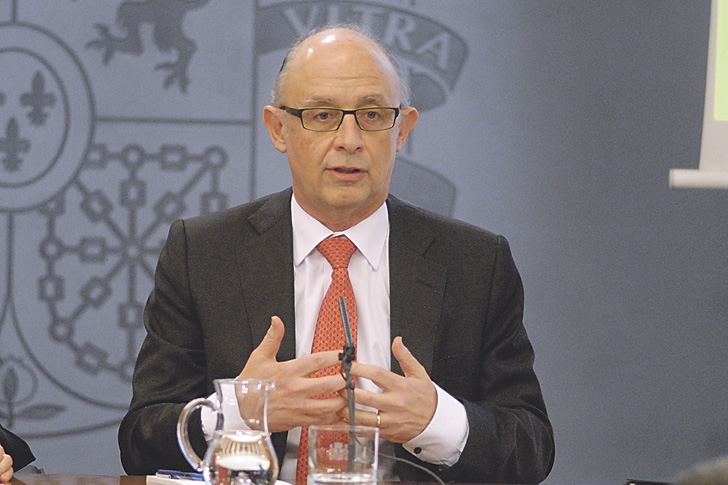 January
JIHADISTS claim that Spain was originally theirs, conveniently forgetting that the Romans were here first. Thankfully Italy has so far refrained from claiming territorial rights. Edition 1542
February
THE Partido Popular (PP) should examine its unswerving loyalty to its high-ranking politicians linked to scandals. Double standards are self-indulgence in an election year. Edition 1548
March
“I’M here to give explanations, not affection,” Finance minister Cristobal Montoro said. It’s an oxymoron, but that’s one sincere politician. Edition 1553
April
PODEMOS regional election candidates were democratically-chosen by party members, yet only two are women. Is gender equality less important to voters than political leaders believe? Edition 1556
May
ARTUR MAS, who wants to guide Cataluña towards independence, routinely forgets     that Catalan nationalism does not automatically entail separatism.
Edition 1561
June
VOTERS demand exemplary behaviour from those they elect. Once politicians are in office they must be Caesar’s wife, not Cleopatra. Edition 1564
July
PODEMOS second-in-charge Iñigo Erejon called Greece’s ‘no to austerity’ vote a triumph for democracy in the birthplace of democracy. Fitting, then, that this will be only a Pyrrhic victory. Edition 1567
August
NATIONAL MPs claimed €2.6 million in travel expenses between January and July. The parliament chamber usually looks empty so how do they manage to spend that much getting there? Editon 1572
September
CHURCHILL said that ‘to jaw-jaw is always better than to war-war.’ Sixty-one years later Spain’s president, Mariano Rajoy and Artur Mas could give that a try. Edition 1577
October
CIUDADANOS are creeping up on the PP and PSOE in the opinion polls. Appropriately the general election is set for December 20 and the pantomime season with its cry of ‘He’s behind you!’ Edition 1582
November
Does being a paid-up PP or PSOE member impair a judge’s impartiality? Opinions and prejudices are a mindset, not a standing order at the bank. Edition 1586
December
SIXTY-FOUR per cent of Catalans prefer EU membership to independence. And Artur Mas, who wants to be president of an independent Cataluña, gets no for an answer time after time but won’t listen. Edition 1587