Bugged by thieving seagulls and chased by badgers? Don’t call 999! 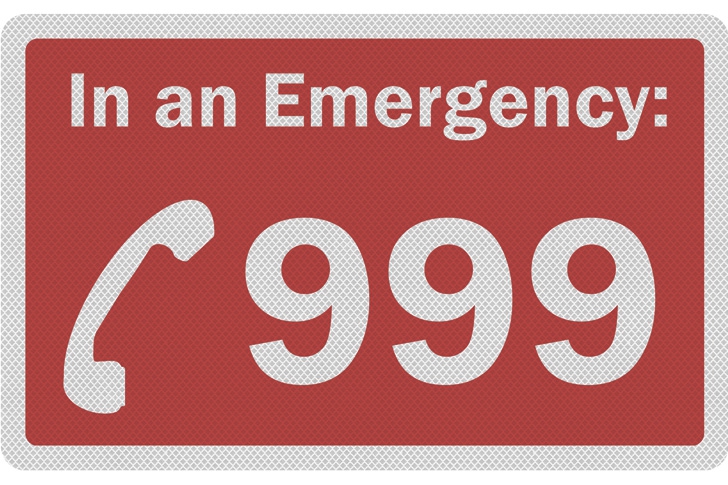 DIALLING 999: Should only be for real emergencies.

Tourists may think exorbitant London prices are daylight robbery, but police see things differently. A woman called 999 because she was outraged that a clown was selling balloons for £5 each, which was “much more than other clowns were charging.” She was one of the 10 worst offenders for time-wasting revealed by the Metropolitan Police in its latest appeal not to make unnecessary calls.

Others to call 999 in London last year included people complaining about being served a cold kebab, being kept awake by noisy foxes and asking where to get a bacon sandwich.

My favourite has to be the woman who said there were “men” in her house trying to take her away. The “men” were in fact police officers who had come to arrest her!

Avon and Somerset Police received a call from someone enquiring about their application to Avon the cosmetics company. They also received a call from a man who reported criminal damage had been done to his noodles, another claiming a badger was chasing him, and yet another to say a seagull had stolen and eaten his sandwich.

Ambulance staff in Essex were called to someone hurt in a hit and run – which turned out to be a squirrel in Epping Forest.

Not to be outdone, what about all the daft insurance claims made? One home insurer has revealed some of its favourite claims from the past few years. One involved a proud grandfather from Guildford who held up his new grandson to show him off to a relative via Skype then the baby promptly threw up all over the keyboard.

While painting the hallway, one Cardiff family accidentally let the dog out of the kitchen. And surprise, surprise: the excited pup jumped in the paint and ran around the carpet. Attempting to catch it, the daughter also knocked a hot iron off the ironing board, adding burns to paint stains on the carpet. Paws for thought, eh?

You couldn’t make all this up, could you? Well, let’s finish where we began: on a low note, and the poster I recently saw in a maternity ward. “The first three minutes of life are the most dangerous,” it read. Underneath someone had scribbled: “The last three can be pretty dodgy too.”