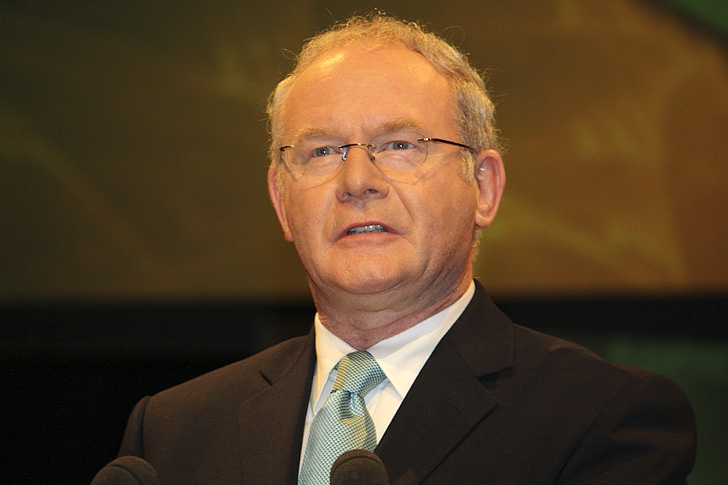 OFTEN overlooked by the tabloid and broadsheet press alike, the smaller nations of the United Kingdom have allied to make clear their feelings on the timing of the Tory sponsored EU referendum. The First Ministers of Scotland, Northern Ireland and Wales have come forth to criticise putative plans to hold the Brexit vote in June of this year.

Warning that the timing of the vote would conflict with scheduled local elections, an open letter to David Cameron was released, signed by Nicola Sturgeon, Carwyn Jones, Arlene Foster and Martin McGuinness.

“We believe that holding a referendum as early as June will mean that a significant part of the referendum campaign will necessarily run in parallel with those elections and risks confusing issues at a moment when clarity is required.

“Furthermore, it will be virtually impossible for the political parties in our respective territories to plan effectively for, and where appropriate work together on, the referendum campaign while our own elections are in progress.

We believe that the European referendum is of vital importance to the future of the whole United Kingdom and the debate leading up to it should, therefore, be free of other campaigning distractions.”

In response Cameron, under fire from all sides of the debate, said that a date had still not been decided but argued “I also respect the electorates of England, Scotland , Wales and Northern Ireland on the basis that I think people are perfectly capable of making up their minds in a local election or in a Scottish parliamentary election, or in a Welsh assembly election and then, a period of some weeks afterwards, making up their mind all over again on the vital question of the European Union.”

The complaint over timing underscores a deeper dissatisfaction with how the referendum process is being conducted, with a typically English centred framing of the debate giving the devolved parliaments cause for concern. Opinion polls across Scotland and Northern Ireland in particular have consistently demonstrated wholesale support of remaining within the European framework, if not necessarily within the UK itself.

With the smaller nations of the UK enjoying more control over their own destiny thanks to enhanced devolution, the political discussion outside England has evolved into more fruitful deliberations on local policy and progressive politics. This progress could, however, come undone should the larger English population decide to leave the European Union and herald in a new age of uncertainty.

A crucial element lurking in the shadows is the lack of an English parliament which has led to critics within the southern nation demanding their own measure of self-determination, having cast an envious eye across the border and simultaneously feeling threatened by increasing European integration. Thus there is an inherent element of populism poisoning the debate and menacing the democratic reforms that have cultivated a vibrant political scene along the Celtic fringe.

Should Brexit come to pass there will be undoubtedly be a large and justified push for further autonomy in Scotland, the North of Ireland and Wales, with the notion of another independence referendum a distinct possibility.