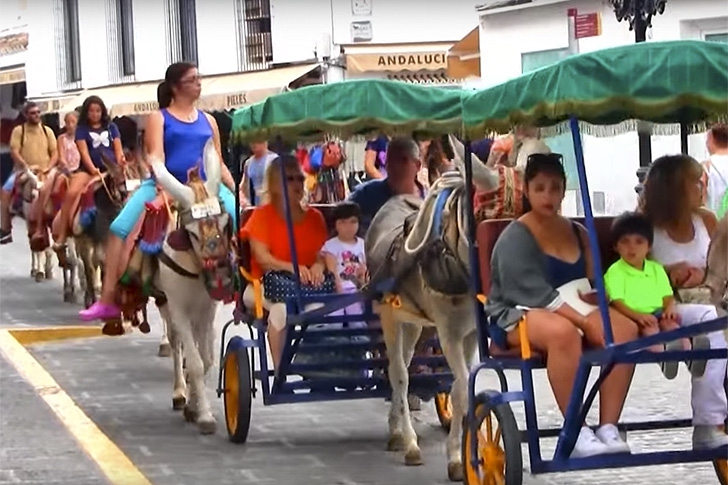 THE LATEST story about the Mijas Donkey Taxis to appear on the EWN website has immediately attracted a lot of comment from readers, all of it highly critical of the Mijas council and the actions it has supposedly taken to make the donkeys more comfortable!

Let’s face it, the pueblo is small and everybody knows everyone else so, is it any small wonder that the council takes notice of people who have been making money from tourists albeit the practise is not one that has going on for hundreds of years as is often erroneously thought.

Money talks and whilst a few moaning expats might get some minor changes in the treatment of the animals, realistically if you live in a community where your neighbours are earning their living either directly or indirectly from the exploitation of a few donkeys, are you really likely to want to try to change things?

We know that at least veiled threats and advice to back off have been received by campaigners and if you have children and a business in the area then who can blame anyone from deciding to bite their tongue.

It would be wrong to suggest that there are armed vigilantes frightening off those who want to protect the donkeys but whilst there are tourists prepared to sit astride the poor animals then there will be people making money out of them and they will try to protect their livelihood.

What then is the answer? It’s no good just making comments on a newspaper website and the only way to introduce change is to try to persuade those who pay to ride the donkeys not to do so.

For millennia the donkey has been a beast of burden and even Jesus rode one into Jerusalem in what was pretty hot weather so how can anyone change what is embedded in the psyche of so many people overnight?

It is very easy to complain and to accuse the locals of being animals themselves but that won’t get anybody anywhere and certainly won’t help the innocent donkeys. Somebody has to step forward and form a genuine pressure group which needs to have rules, regulations and calm rhetoric whereby it becomes the voice not just of Mijas but the voice of oppressed donkeys throughout Spain.

We have been accused of not recognising the pain and hurt these animals suffer, but it is our regular articles on the matter which help to keep it in the news and we would be more than happy to act as a conduit to introduce like-minded people to each other so that they can get together to try to form a workable and meaningful group. But and this is a very important but, we will not and should not take part in any action of such group other than to report about it.

The gloves are off, so let us know what you think.