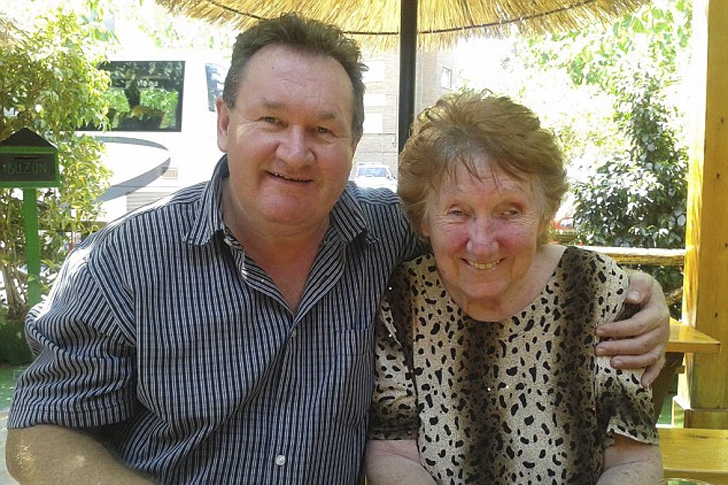 FROM time to time, we come across stories which are so sad that they have to be shared, not just because they are newsworthy but because it is necessary to highlight the way in which some people act and who knows, we might even be able to help the elderly lady involved if a reader spots her and her son somewhere in the areas where we publish.

The story itself goes back 15 years to when Ann Clarke was awarded £775,000 by a court which found the NHS guilty of failing to help her, despite the fact that she was depressed and had tried to commit suicide on more than one occasion, including throwing herself under a bus.

Just two days after winning the compensation, Ann Clarke ran in front of a lorry and suffered incurable brain damage. Whilst some of the money went towards the purchase of a house, her son Michael started to spend some of it on visits to Spain, which became more and more regular, using his mother as the reason for the travel and using her money to pay for it.

Her two other children were so upset by the way he was acting that they made a formal complaint, and a court deputy was appointed who was required to allow her reasonable amounts of money for living expenses, but these turned out to be £60,000 a year, which was a considerable sum for an elderly woman confined to a wheelchair.

By 2012 the money had run out but Michael Clarke continued to enjoy the high life, travelling to Spain and even to Thailand with his mother, who had only the income from the house (she has left it to Michael in her will), which is rented out and state benefits to live on.

Three years ago, he was sentenced to three months imprisonment in absentia for disobeying the orders of the Court of Protection, which has taken a serious interest in the case, and he and his mother have been travelling around without returning to the UK ever since.

It is known that they have been seen in Benidorm in July 2014 and in Barcelona in July 2015 as he has a habit of posting his whereabouts on his Facebook page, where he also complains about British justice and the judiciary.

So worried is the Court of Protection about the financial situation of 75-year-old Ann, a judge declared on February 24 that the property she still owns may not be sold and he commented:  “All that can be said is that it is unlikely to be in her best interests to be kept out of her native country. If the property was sold, the proceeds would be spent in whatever way Michael Clarke chose.”

Although he boasted in December 2015 that they were going to travel to Cambodia, there is every possibility that the easily recognisable pair could still be in Spain or may return, so with the words of the judge ringing in our ears, we hope that if the couple are spotted that publicly spirited readers will report their whereabouts to the Local Police, who would no doubt check with British authorities as to how best to proceed. Dial 092 for Local Police, 091 for National Police or visit your nearest police station.