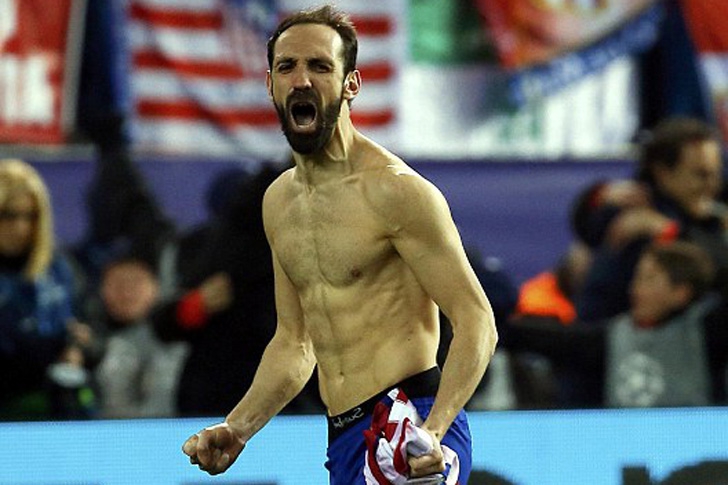 DESPITE the fact that Atletico Madrid went through to the quarter finals of the Champions League after the first ever knockout tie to end up 0-0 in both legs on March 15, social media was actually buzzing about the activities of some of the PSV fans before the match.

Earlier in the day, they had congregated at a bar Madrid’s Plaza Mayor and were recorded being highly amused by the actions of female beggars every time the fans threw small change at them. So furious with their callous behaviour was one elderly Spaniard that he told them off but to no avail as they kept tossing coins to watch the women scramble for them.

Returning to the match however, both sides had few opportunities and even with extra time, no goal was scored, so the match was to be decided on penalties. Many pundits dislike seeing teams exit by the penalty shoot- out and it can be very hard on any player who misses, but on this occasion it was quite electrifying.

The rules call on each team to take five penalty kicks and normally, one team scores more than the other but on this occasion, each team scored five times so they moved on to sudden death with the first team to score one more goal than the other being the victor.

At seven all, it seemed that every player in the team would have to be a penalty taker, but in the eighth round the match was decided with Luciano Narsingh hitting the bar leaving it to Atletico’s Juanfran to clinch the tie when he beat the PSV goalkeeper.

On the same night Manchester City managed to hold Dynamo Kiev to a 0-0 draw at home to allow them to progress for the first time ever to the quarter finals although they did lose influential captain Vincent Kompany to yet another injury which will probably keep him out of football for a month.

With Arsenal travelling to Barcelona on March 16, trying to recover a two goal deficit, it rather looks as if Manchester City will be the sole English flag carrier in the quarter finals.