Amalia Estradas a young talent to watch and nurture 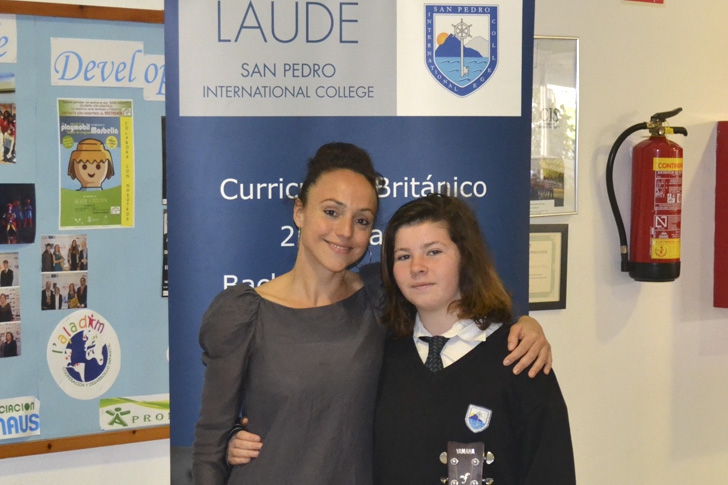 There were over 30 entries from young and talented aspiring artists from all over the Costa del Sol and Gibraltar, but it was Amalia’s powerful lyrics and strong delivery performance that impressed the panel.

As a result Amalia Estradas won a full years scholarship at the LAPA, a live radio and interview performance at TRE’s breakfast show ‘Wake up with Hannah’, a live TV performance at GBC TV programme ‘The Hub’ on the April 6, and she also performed at the exclusive Laude Charity Gala on Thursday March 10 which raised funds for charity.

Runner up to the competition was 15-year-old Paris Gibson with indie pop song ‘Something just not Right’ and in third position, 14-year-old Jessica Clitheroe with retro contemporary song ‘Shout’.

The Laude Academy of Performing Arts is a fun and innovative academy in the Marbella area, that offers young and talented aspiring artists aged 5 to 18 years workshops in song writing and studio sessions, dance craft and musical theatre.

Amalia is a very pleasant and cheerful person who very kindly performed her song for me when I visited the college to talk to her and her music coach and teacher Surianne Dalmedo. Her voice is older than she is and when I closed my eyes, I thought that I was listening to a professional not a young woman just into her teens.

The talented musician who plays drums, guitar and piano explained that she was literally walking when it started to rain and she expressed all of her feelings about this in the song. She wants to go on to become a professional musician but realises that she will have to take small steps rather than being ‘famous for 20 minutes’ as muted by Andy Warhol.

To that end, she and a number of her friends and schoolmates are going to find out all about the business by organising a performance known as ‘Wild and Young’ as part of a school project. They won’t just perform but will have to raise the funds to book a venue, obtain a sound engineer, lighting, comply with local entertainment laws and hopefully make a profit.

Let us know what you think of this young talent after viewing her song below.