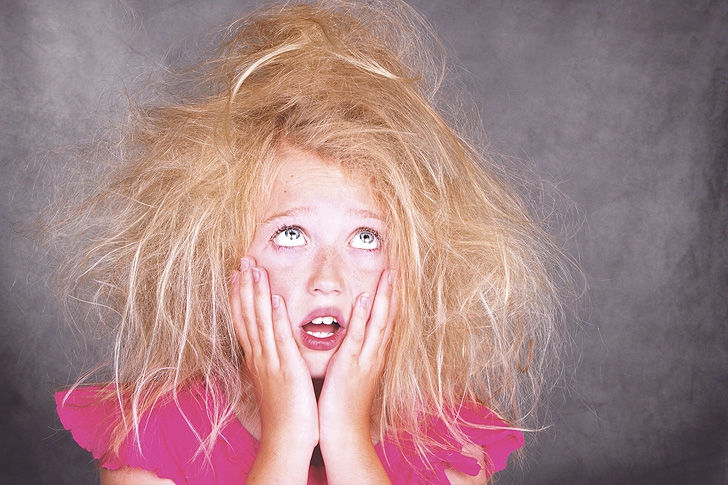 HAIRCUT: The day might come when I carry around a pair of scissors.

It’s a familiar scenario in my house. My daughter, she’s 10, has an independent streak running through her, she doesn’t like to be told what to do.

In particular she doesn’t like brushing her hair (mostly I think because it hurts, because it’s tangled, because she doesn’t like brushing her hair because it hurts, amazingly she fails to see this continued circle of events). She’s always been a bit funny about her hair. When she was younger I took her to the hairdresser and got her shoulder length hair cut into a chin length bob. She looked fabulous, but she tells me now that it scarred her for life, she never ever wants her hair cut again, EVER.

I’m secretly a little worried that she may go down the birds’ nest ‘Caucasian dreadlock’ look when she’s older, no offence to anyone out there in Euro Weekly readership land, but I really don’t like that look. The grungy hippy hair just doesn’t do it for me, it looks wrong. It looks as if you don’t really like yourself very much, that whatever your self-care routine might be has ceased at the neck.

I have to fight the urge to yell “Brush your hair”, internalising it in my mind. It’s unbelievably rude of me, but now and again I want to advise girls with dreads to “Get a haircut!” The day might come when I carry around a pair of scissors on the off chance that I will come across someone who needs, in my opinion, help.

Back to my daughter, this reluctance to look after her hair does not mean that she is unable to look after someone else’s hair, especially if that someone else has four legs and a tail and is a gelding called Jack. No, then I get a lecture about how to do it exactly: “I have a special brush for that mummy. Use it please.” Er, okay then. But if I point out to her that her ability to brush the horse’s hair should extend to her own hair then I am treated to a five minute multiple decibel rant about how she’s already done her hair.

Black is also declared to be white, and the day to be night. It’s infuriating. It got so bad this week that a solution had to be found. Gone are the days of point charts, we’ve had to graduate to a more appealing system to GTD (Get Things Done). So with the collaboration of my one and only daughter, who once she’d cooled down a little realised that perhaps she was overreacting a tad she now has a plan to GTD in the morning. It was such a relief to be able to give her praise and congratulations on successfully taking control of her morning routine.

How long will it be until I’m yelling at her for dying her hair blue or, gasp, shaving it all off and going for a number one all over? As long as she doesn’t do it to the horse as well…