Motor Bikers journeyed to Ronda to protest about ‘safety’ barriers 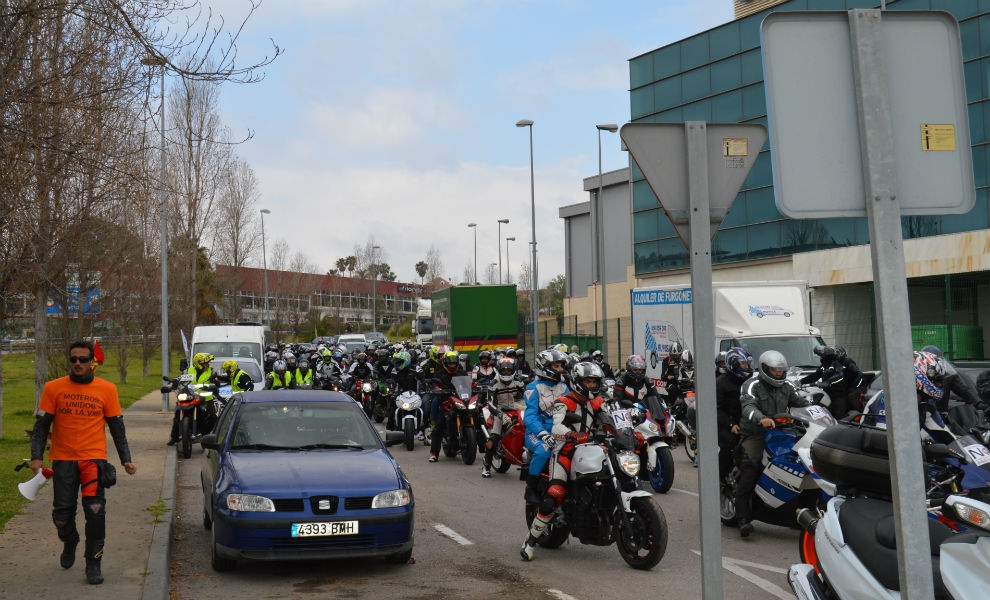 Just some of the bikers taking part in the protest.

ON SUNDAY May 1 between 250 and 300 bikers met at the bottom of the Ronda road in San Pedro Alcantara with the intention of demonstrating their ongoing opposition to the way in which safety barriers on that road and indeed in Spain generally are constructed in a manner which whilst possibly good for cars, is potentially lethal for anyone who comes off a bike.

This particular demonstration was also brought about because of the death in the previous week of local chiropractor Mark Lane who was killed on the Ronda road where he hit an unprotected post.

One of the organisers of the ride Sergio Aragones (who is pictured in an orange protest tee shirt) said that about seven people had died at that particular bend so far this year. The danger is that the metal barriers at the side of the road are of a height which will literally cut off the head of a biker who slides across the road. According to Sergio these could be made much safer with the simple addition of rubber protectors at the bottom of the barriers.

The route of the journey was from San Pedro to the hospital in Ronda and then a return to stop at the Venta el Madroño where bikers often meet and Mark was the boyfriend of the owner’s daughter Fatima.

Those taking part in the protest are no ‘Wild Angels’ but people of various ages and nationalities who have spent a huge amount of money between them on buying top quality bikes and equipment and who fear that every journey could be their last as they believe that without protective rubbers that the barriers are not only killers but are also illegal.