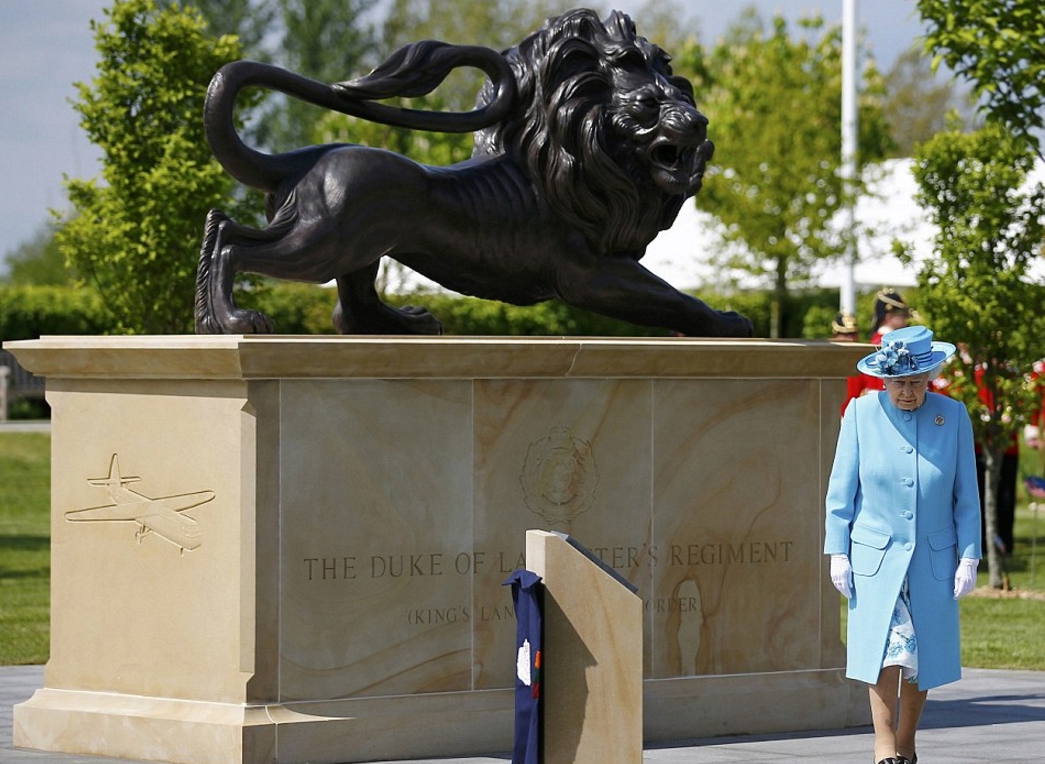 The Queen sheds a tear

THE Queen joined wounded veterans to pay tribute to fallen soldiers this morning, May 17. Usually seen as stoic, the monarch was emotional and wiped away a tear when remembering those lost through conflict and war.

Her Majesty, 90, was present with the Duke of Lancaster’s Regiment at the National Memorial Arboretum in Alrewas, Staffordshire to unveil a new monument to remember the fallen; a large bronze lion, the ‘Lion of England’.

A gloved hand was seen to wipe away the tear before the Queen laid a wreath at the new memorial with the message: ‘In memory of the glorious dead. Elizabeth R.’

The emotional moment took place when the Queen went back to her seat after the unveiling of the monument and then joining the crowd in a hymn. It did take a while for Her Majesty to regain composure.

The Queen is not known to display her feelings in public, and the only time she has cried publicly was when the Royal Yacht Britannia was decommissioned in 1997.

After praising the work of the memorial’s creators, the Queen spent several minutes chatting to stonemason Nick Johnson and sculptor Georgie Welch who created the lion.

The memorial lion faces north-west in tribute to the origins of the regiment, of which the Queen is Colonel-in-Chief.

Speaking after the service, Ms Welch, said of the tribute: “The Queen said it was very lifelike and that it had a real look of power. She also said it looked fearless. I was so nervous I couldn’t stop my knees shaking, but the Queen was absolutely charming.”

The UK’s National Memorial Arboretum a centre of Remembrance is a place which honours the fallen, recognises service and sacrifice, and fosters pride in the UK.