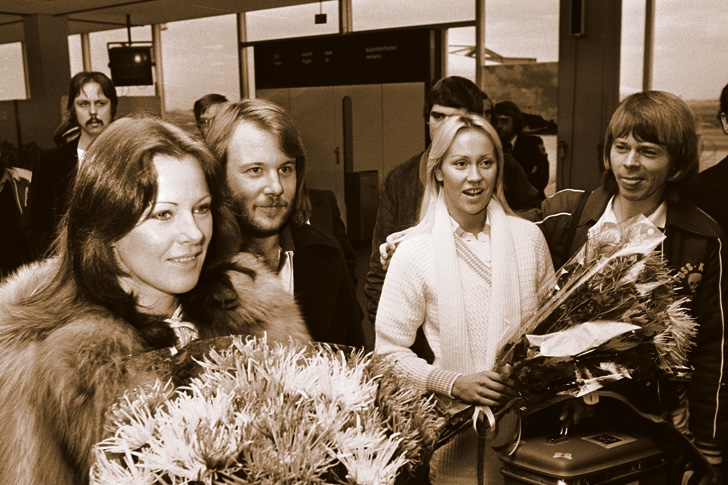 ABBA: The world fell in love with them. Credit: Flickr

The legendary Scandinavian quartet of Agnetha, Bjorn, Benny, and Anni-Frid (ABBA) recently performed together for the first time in 30 years.

This week, we take a look at 10 of the pop masterpieces that originally made the world fall in love with them.

John Lennon once declared that it was one of his favourite pop songs. Kicking off with a few lonely, plaintive keyboard notes, the song’s real genius lies in the contrast between the tense, anxious verses and the desperate, pleading chorus, which soars right off the charts in an unforgettable display of unrestrained Nordic longing.

Madonna sampled the hook a few years back to memorable effect, but she didn’t have a patch on this slice of shimmering disco perfection. Hungry, frantic lyrics sit side by side with pulsating synths and otherworldly harmonies as the song barrels its way towards a rollicking conclusion.

3) The Day Before You Came

One of the band’s lesser known singles, from the tail end of their career, this unusual, off-kilter tune didn’t take with audiences, but provided ample evidence of the foursome’s musical evolution and newfound adventurousness. The ambiguity of the lyrics coupled with the song’s unconventional structure give the whole affair a haunting, almost ominous sound, perhaps heralding the band’s dissolution shortly thereafter.

The one that started it all. With this bouncy, clever ode to Napoleon and his historical defeat, the band staked their claim to the pop music world by conquering first the Eurovision Song Contest, and then the whole planet. Still one of their best tunes, which presents a very convincing argument that love is, indeed, a battlefield.

5) The Winner Takes It All

The ultimate break-up song. The matter-of-fact honesty of the opening lyrics, with Agnetha calmly stating that “I don’t wanna talk/about things we’ve gone through” is outdone only by the note that she draws out seemingly forever as the song rounds the final bend.

Instantly recognisable from the very first note, this pop masterpiece was one of ABBA’s biggest hits, and remains one of the most successful songs of all time. Guaranteed to get even the most crotchety old wallflower up and shaking their booty along to the beat.

Now the title of the hugely successful musical inspired by the group’s huge catalogue of tunes, this song is also a treasure in its own right. As usual, playful verses lead up to a gorgeous, insanely ear-wormy chorus that combines deft wordplay with heartfelt emotion.

As with so many of their songs, this one is equal parts joyous and melancholic. The lyrics quite clearly draw on the band’s own personal experiences, documenting the highs and lows of a life on the road, performing for a different audience in a different city every night.

Another lesser known song from their later career, this song’s lyrics seem to be ahead of their time, as they document the many trials and tribulations of a modern career woman on the go, who finds herself ‘pushing through unknown jungles every day’ and whose man ‘is so courageous but he’s constantly tired.’

A frustrating situation that many can relate to, with the narrator reminding the object of her affection that “when the pretty birds have flown,” she’ll still be around. More importantly, it’s outrageously catchy, with the harmonies of the two girls mashed right up against equally irresistible harmonies from the two gents, and a near-spoken word section just before the bridge further heightening the song’s eminent relatability.