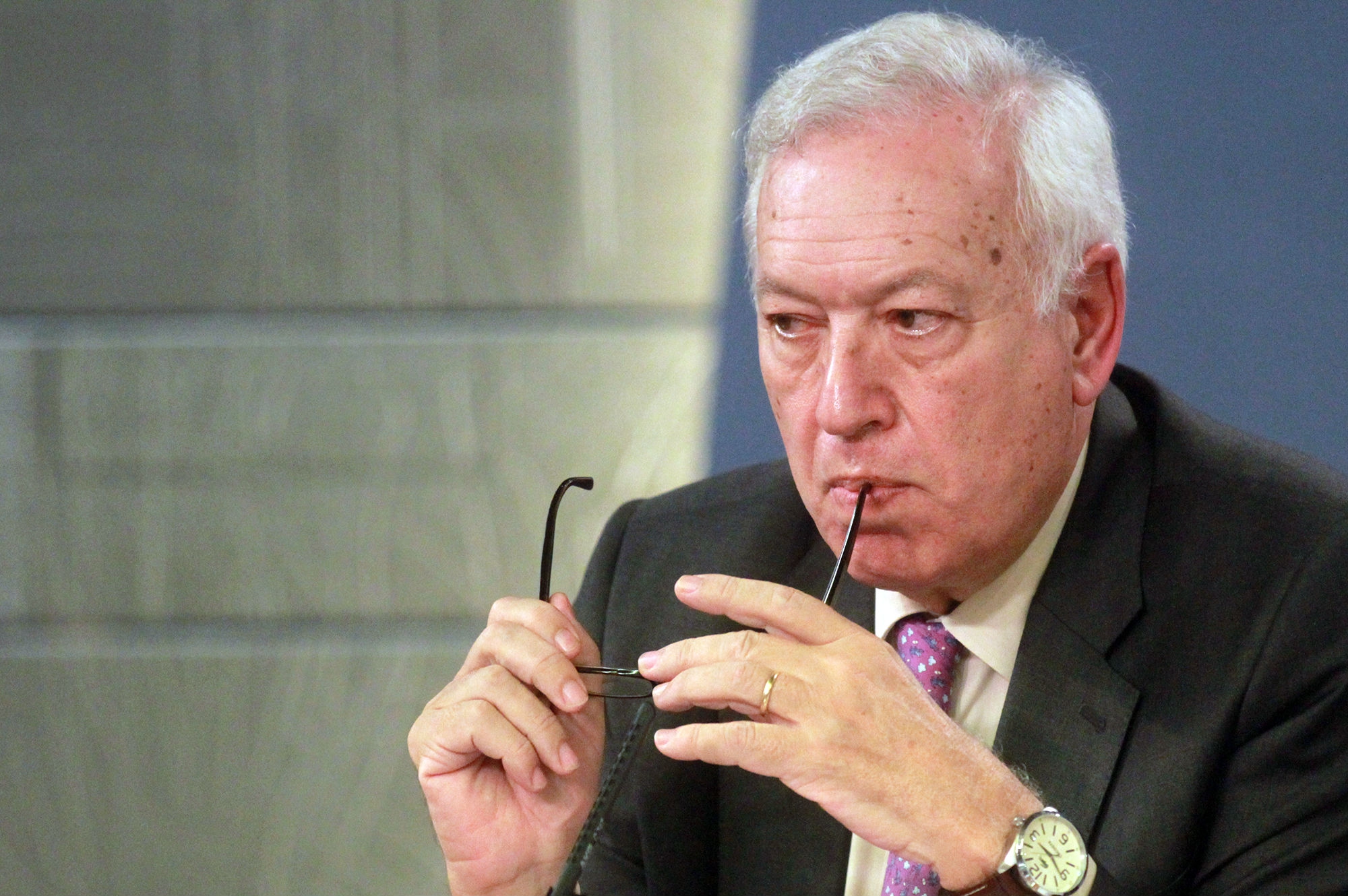 WITH the ironic title Minister of Foreign Affairs and Cooperation, Spain’s José Margallo doesn’t go out of his way to hide his disdain for the people of Gibraltar and relies on very old rhetoric to try to do all that he can to inflame Spanish nationalism and intimidate the Gibraltarians.

His latest pronouncement that he doesn’t want Gibraltar involved in any discussions which the UK may have with the EU does nothing more than to irritate Gibraltarians, some of whom still remember the closure of the border due to the Spanish Civil War whilst many more remember the closure during the reign of Franco.

The double irony is that despite Gibraltarian protestations of being British, they do actually have as much if not more in common with Spain and if their neighbour could recognize the fact that all that happens every time Mr. Margallo rattles his saber is that he pushes Gibraltarians even further away tension would be dramatically reduced.

Put succinctly, Gibraltar doesn’t trust the interim Spanish Government and doesn’t wish to be politically aligned with it. They have a booming economy, an apparent lack of corruption nowadays and the ability to work alongside people of all nationalities, creeds and colours which is remarkable.

Locally, the bulk of the town councils in the surrounding areas see Gibraltar as helping to support their economies and the Government has been diligent in cutting tobacco smuggling dramatically and is not a third world financial bolt hole money launderers or corrupt politicians.

Spain has far less to be proud off than Gibraltar in this area, but in an ideal world there would be the concept of live and let live. The Spanish government doesn’t seem to understand how it can exist with Ceuta and Melilla and doesn’t offer to return Menorca back to the UK which it obtained as part of a Treaty yet is so desperately sure that Gibraltar belongs to Spain. By the simple argument of geographical position, should Portugal claim Spain or vice versa?

“This remains the position of the Government and of the people of Gibraltar to this day.  In setting this condition as his personal criteria for Gibraltar to remain in the EU, he knows that this has already been rejected out of hand and that it will never happen.”

“Therefore Mr. Margallo, with his unhealthy obsession about Gibraltar, is putting at risk the jobs of thousands of his countrymen who live in Spain and are employed in Gibraltar and who depend on the EU principle of freedom of movement to get from home to work every day”.

Just 34 years ago Britain sent thousands of men and women across the world to fight a war over a few islands and a couple of thousand people who had been invaded by descendants of Spanish colonisers in order to protect the rights of British descendants.

The Falkland Islands have been a British territory for around 100 years less than Gibraltar which has seen many ‘rulers’ but it is clear that the peoples preferred choice is Great Britain but in these very different times does Britain have the political will to actually protect Gibraltar?

Already, the current government has indicated that it won’t be as easy to defend the rights of Gibraltar from outside the EU and the Chief Minister is understandably looking at all of his options in order to try and protect the Rock against any change in sovereignty, especially when a new British government could be contrary.

If some form of shared sovereignty is anathema to the people of Gibraltar who are genuinely proud to feel British Gibraltarians then would a call for independence actually be the way forward.?

Nauru, Tuvalu and Palau all have smaller populations than Gibraltar and yet have Independence and membership of the United Nations whilst Monaco and San Marino with slightly larger populations are also members of the UN, so logically, if Spain objects to British sovereignty, then it could be difficult for them  to oppose independence for what it considers a ‘ British colony’.