Sweep out the old and bring in the new 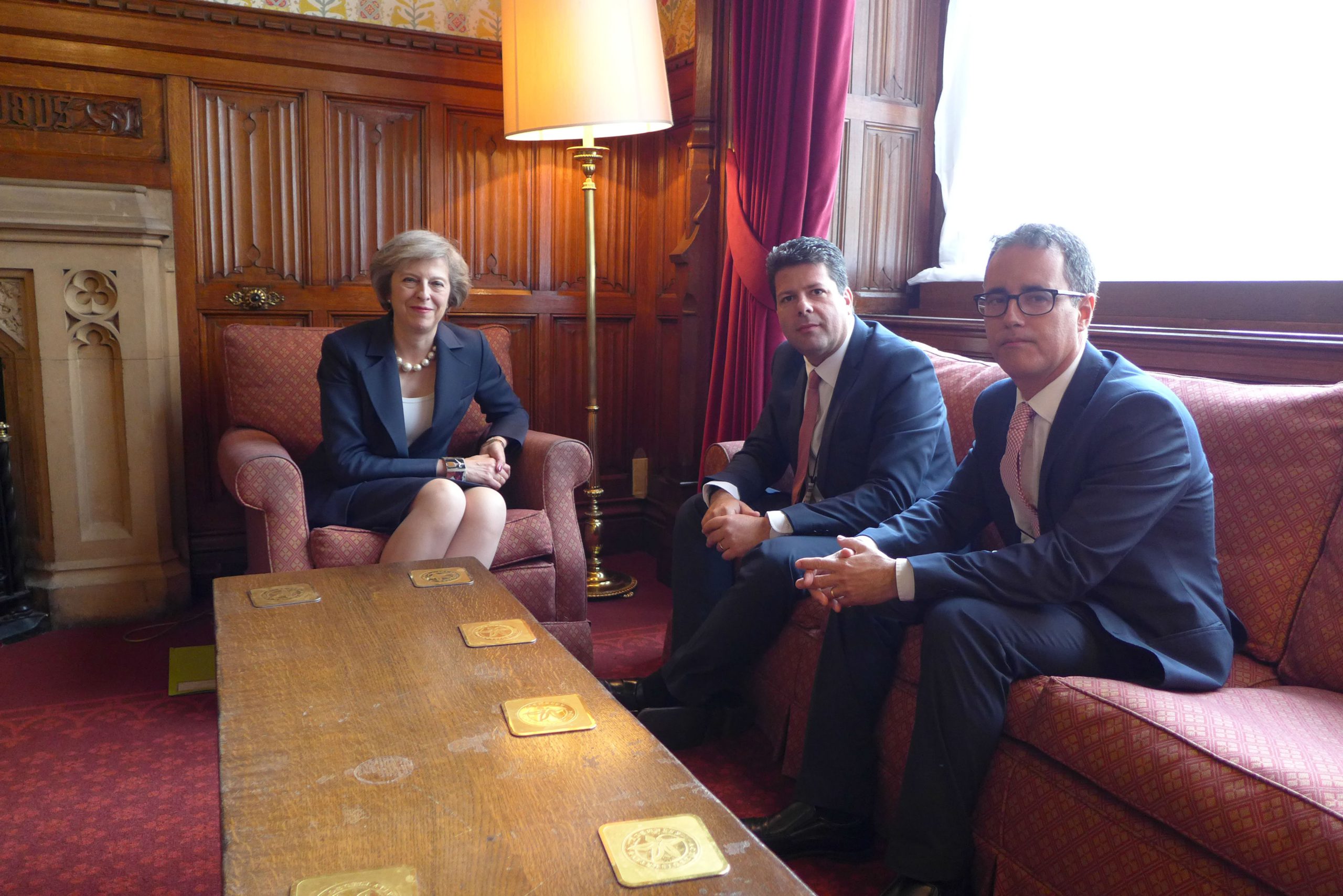 Mrs May receiving the Gibraltar Delegation on July 13

AS David Cameron and his family left their home for the last six years, so Theresa May and her husband Philip stood at the door of Number 10 prior to meeting the staff, both domestic and political who would look after them in the future.

Mrs May, Britain’s second female Prime Minister met with the Queen at Buckingham Palace where she was officially invited to take over the reins of leadership of Great Britain.

In her first impromptu speech prior to entering her new residence Mrs May explained that she understood the difficulties that many people in Britain were facing, perhaps more so than some of her colleagues in Westminster.

She said that it was now her job to “build a better Britain” and she also said that she wanted to protect the “precious bond” that exists between the component parts of the United Kingdom.

Gracious in her new role, she spoke kindly of David Cameron and praised him as a “great, modern prime minister” but now she will have to choose her new cabinet quickly in order to ensure that there is a smooth transition with a positive view of the way forward.

Both Chief Minister Fabian Picardo and Deputy Chief Minister Joseph Garcia of Gibraltar were her first guests after she had taken over the Prime Minister’s room in the House of Commons shortly before their arrival.