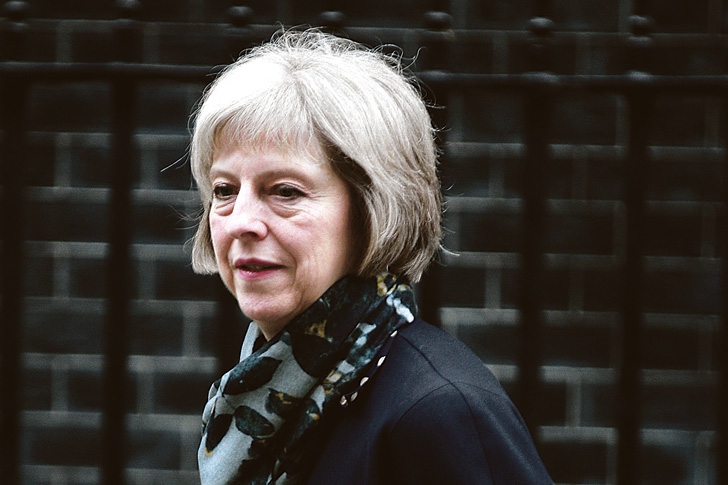 THERESA MAY: The new Prime Minister for the United Kingdom.

INTRIGUE, betrayal and political assassinations. And that just describes events in the American TV version of House of Cards! Post-referendum British politics far surpassed all that and would make even Kevin Spacey’s Machiavellian character Frank Underwood blanch.

For many barely able to disguise their horror at the spectacle of a nest of political vipers more interested in bakstabbing rivals than calming nerves, this Jacobean tragedy fast descended into a Whitehall farce. Maybe not so much House of Cards then, more like St Trinian’s?

But why should we think there’s anything wrong with this? It’s politics at its very best: democracy in action. It’s not a vicar’s tea party, it’s supposed to be competitive.

The situation arose because of a democratic vote. At the end, Theresa May emerged triumphant. If Brits don’t like her they can vote her out in four years’ time. It’s precisely the strength of the democratic process that allows for such competitive behaviour within the party.

Meanwhile, both Labour and Lib Dems are calling for a general election. True, the new government will pursue a policy (Brexit) fundamentally different from the Tory party’s 2015 manifesto. Moreover, about two thirds of the MP’s then elected were staunchly anti-Brexit.

Voters could, hypothetically, approve the government’s approach to Brexit, thereby following the outcome of the referendum. But should pro-EU Labour win the election, parliament would have a mandate to remain within the EU! As champions of parliamentary sovereignty, Brexit supporters could then hardly object if a newly-elected parliament superseded the referendum result…

Finally, we have the scathing Chilcot report into the Iraq war with Tony Blair facing potential “misconduct in public office” claims from soldiers’ families. The same Tony Blair who recently warned that, post-referendum, “our nation is in peril” and negotiations of “extraordinary complexity” require “serious statesmanship”. Anyone in mind, Tony?

For many, Blair’s actions turned Iraq into a failed state, cost 10’s of thousands of lives and spawned IS extremism that now haunts the world.

So, no Iraq exit plan then. No EU Brexit plan now. Have politicians learned nothing?