When ‘Cuba Libres’ ruled the world 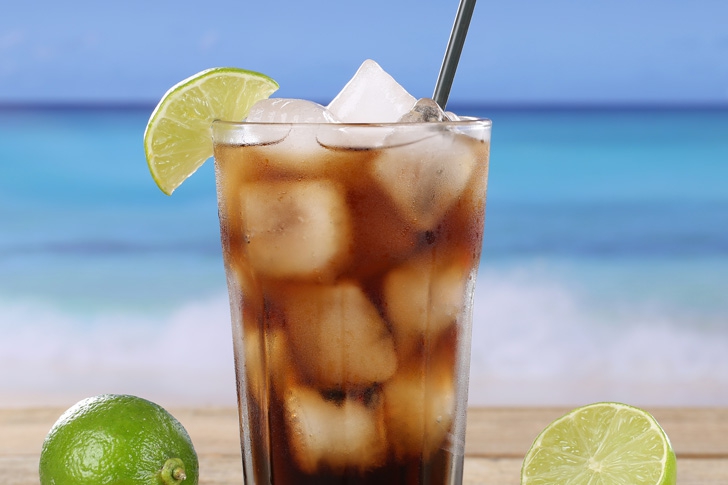 CUBA LIBRE: When it first arrived local people weren’t used to such a potent drink.

THERE was a time, before tintos de verano became the vogue that another drink ruled. Long, long ago in my earliest days in Mojacar, the king was called a ‘Cuba libre’ (free Cuba) and made everyone that drank it feel important as if they were flaunting their whims against nasty America that had blockaded Cuba and kept it tight as a drum from essentials and frivolities. It also gave a unique strut and swagger to those that imbibed.

Essentially the drink was a simple rum (supposedly from Cuba) and Coke. Served always with a glass full of ice and the ubiquitous lemon for garnish and colour. People were proud to drink it, so much so it became the only politically correct drink I have ever known (other than snarfing beer in Milwaukee).

People drank it for its obvious political appeal and apparent ostentatious flippant posturing. It was dangerous. The local people from the campo weren’t used to such a potent beverage having been brought up on wine or water and nothing ever stronger.

If you bounded into a late night venue and all were drinking it there was trouble ahead; the inevitable and unstoppable kind. Not just the usual 10 decibel shouting matches but the type that knives came out and the righteousness of their cause was of a personal religious fervor.

The drink might have gone out of fashion but for Ric Davies of the El Patio beach bar who drank it by the bucket and pushed the sale of it to all his patrons. When you ordered a cold white wine and beer you’d get just that AND a ‘cuba libre’ for Ric! It was an in-house revolutionary tax you paid until you wised up and ordered your first drinks as ‘Cuba libres.’ After that you could get normal again and drink what you desired.

If you were summer cool you learned the beach vernacular for the drink was called a kuwata (koo-wat-tah).

Oddly enough the kuwata is unknown in Cuba. Furthermore there you are required to drink their rum, Havana Club (ahh) or pay a substantial premium for any other type. The really good ones like Mount Gay were unknown in Cuba.

I will say this, rum induced dance or at worst massive motor skill difficulties. It was hilarious to watch the camposinos from the hills get legless always to be saved by their trusty burros that taxied them back home just before sunrise.

Those unfortunates amongst us that didn’t posses such a trusty companion were required to remain parallel to the good earth while clutching handfuls of grains of sand for stability. We moaned the night away while awaiting the sun to rejuvenate our souls. Often the Guardia would stroll by and help you to your car. They understood. The world could be saved another day. Maybe, but then you could dance once more.