All his own work 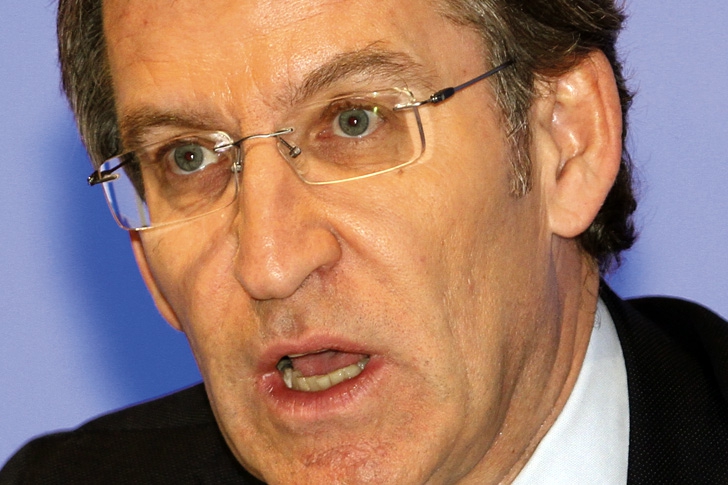 NO surprises in the Basque and Galician elections. The PNV nationalists squeaked home in the Basque region and will need an ally for an overall majority.

Alberto Nuñez Feijoo (pictured), as predicted, was re-elected with an overall majority in Galicia and there were self-congratulatory smiles all round in the Partido Popular.

It was no coincidence Feijoo took great care during the election campaign not to be seen with Rajoy or the PP hierarchy because the Galicia result was not a PP victory.  It was Feijoo’s triumph and Feijoo’s alone (get it Mariano?).

HOW does Pedro Sanchez feel now?  Last Sunday’s regional elections were going to show which way the wind blew, and they did: the PSOE lost seven seats in the Basque elections and four in Galicia.  The party suffered its worst defeats in almost 40 years in both regions and were overtaken by Podemos and En Marea.

Sanchez understood ‘no’ when he said it during Mariano Rajoy’s investiture attempts but doesn’t recognise the word when he hears it.  Voters – not the paid-up party members that Sanchez listens to most – said ‘no’ to him in December, they said it in June and now they’ve said it again in September.

CIUDADANOS failed to win a seat in either Galicia or the Basque Region.  That’s a shabby way to thank Albert Rivera for putting the electorate before his own political ambitions by trying to help first Sanchez and later Rajoy to form a government.

Further proof that being decent is not an advantage in Spanish politics, but a drawback.

RITA BARBERA, ex-mayor of Valencia City and still a senator, is under investigation by the Supreme Court for alleged money-laundering. Nine former Partido Popular councillors are being investigated for the same offence but this is only the tip of a very grubby iceberg.

Barbera reluctantly succumbed to party pressure and severed her ties with the PP but remains superglued to her Senate seat.  Mariano Rajoy shrugged off the political farce by explaining that Barbera no longer belongs to the party and he has no authority over her.

Not the wisest admission, since Barbera’s alleged misdeeds occurred while she was inside the party and it is damningly obvious that Rajoy had no authority over her then, either.