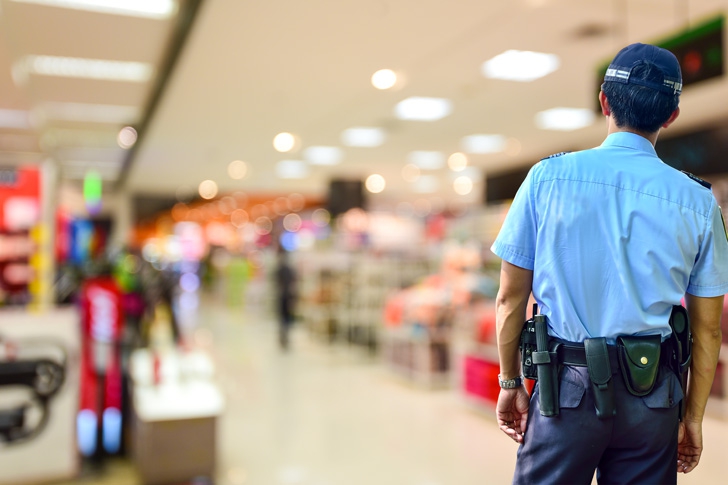 I HAD been hearing alarm bells for some time. That’s nothing unusual where you have properties that remain unoccupied for months on end, often sounding false alarms. Some are so sensitive that a sparrow breaking wind in Alicante will trigger that infernal high pitched peeping that drives everybody nuts.

But that’s not the type of alarm I am talking about.  The kind I am referring to are the ones that had been going off as I left certain stores in the Zenia Boulevard shopping centre.

I had become quite accustomed to being challenged leaving Zara Man which happened with such frequency, that when assistants came hurrying up to see who was half inching their gear, they simply shrugged and turned away when they saw it was yours truly.

I was constantly being searched at Leroy Merlin as I left with my purchases.  I got to know the security man quite well there, but he had his job to do, and he always kindly but firmly asked to inspect my man bag. Yes I’ve got a man bag.  Get over it.

We tried testing my house and car keys, phone and anything else metallic that might be the culprit, on the scanner, but all with a negative response.  It was weird.

Then last week the same thing happened as we were leaving Media Markt.

We had simply been in to compare prices, but again that familiar honking as we attempted to make our getaway.  Leaving I mean.

What did security think I had in my cute little man bag?  A coffee machine or a  72” TV? But fair do’s, he was merely doing his job.

But the whole mystery was solved a few minutes later in Marvimundo, from where the Princess needed to replenish some of her smelly stuff.

Again that familiar sound as we attempted to leave.  But with the usual fruitless search completed, a charming young lady assistant suggested that for my own peace of mind, she tested every single item in my bag.  Bingo!

It was my leather wallet.  But why?

On close inspection, deep down and sewn inside one of the compartments was a plastic doody with two slivers of metal inside.

Its purpose is still a mystery, but having removed it, I can now leave shops without feeling like a master criminal.