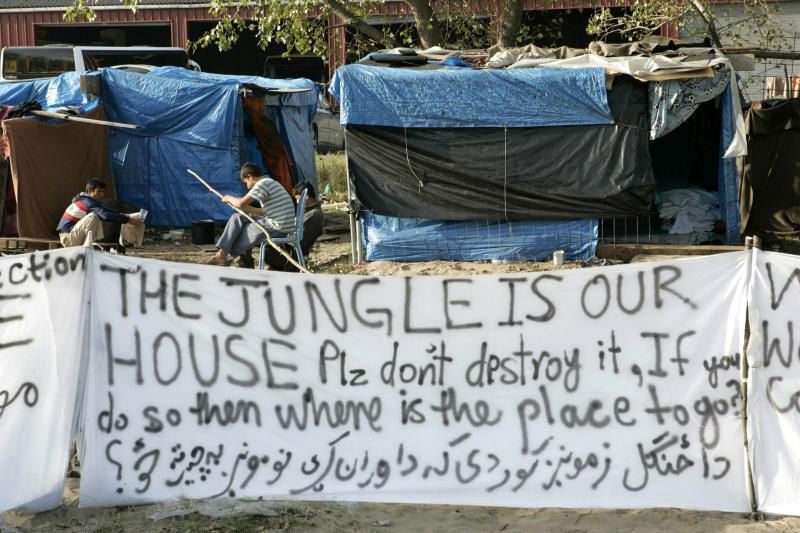 A scene from the Jungle.

THE French Government has announced that work will begin to dismantle the camp in Calais known as the Jungle on Monday October 24 and it plans to move the estimated 7,000 inhabitants by bus to safer and more hygienic camps across France.

They are however prepared for some difficulty in moving those ensconced in the area as their avowed aim is to make their way to Britain via the Channel Tunnel or Ferry if they are able to hide in trucks or lorries and if they are arrested in the UK then they can apply for asylum so to move across France will be unacceptable to many.

Unaccompanied minors will be treated differently and will be housed in converted containers as current ‘residents’ are removed and it is expected that any of these minors who are able to prove that they have family in the UK will be allowed to enter, whilst other minors will be assisted in their move within France.

It is expected that the Jungle will be cleared by heavy machinery soon after the evacuation starts and there is likely to be a heavy police presence not only whilst this work is undertaken but for the future to ensure that new migrants don’t simply set up a new camp.

In the meantime work has already commenced on the construction of a one kilometre wall along the main road to the port in order to try to deter blocking of the road by determined stowaways as in the past at a cost to the UK estimated to be in the region of £2 million (€2.2 million) although when it is finished before the end of the year, it is possible (although unlikely) that there will be no refugees or migrants left to deter.