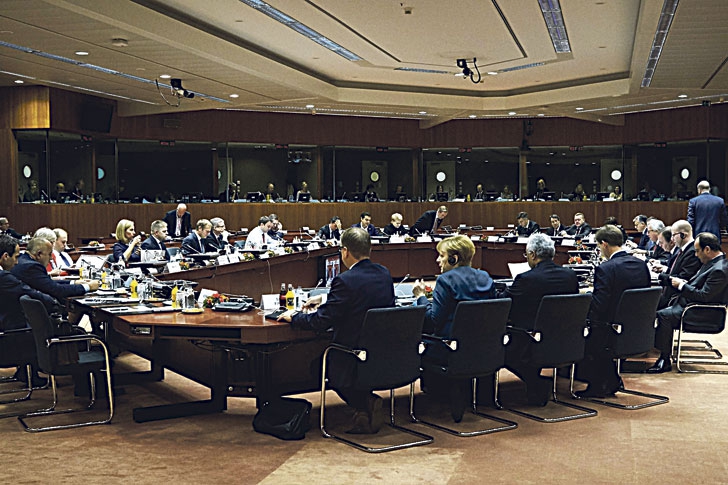 EUROPEAN LEADERS: Many think Britain wants to ‘have its cake and eat it.’

DESPITE the fact that it showed a drop over the previous result, Brexiteers were pleased to see a report that the British economy had grown by 0.5 per cent in the third quarter of 2016 and continue to be of the opinion that things will get better, despite expressions of doom and gloom from a whole host of bankers and other self-appointed experts. In contrast, Spain which has been technically rudderless for almost a year saw a continued growth pattern and for the third quarter, this reached 0.7 per cent which suggests that perhaps political chaos with restraints on what action interim governments can take is actually for the best! France however reported less growth than forecast but still maintains it should hit a growth rate target of 1.5 per cent and other members of the EU appear to be seeing reasonable growth in their economies also. What is giving them all the jitters however is how they will cope with the removal of Britain from the ‘club.’ As with so many questions concerning Brexit, no one truly has any idea how it will affect the global economy, let alone the European one, although the Germans certainly appear worried, in the short-term at least, it will hurt their financial situation. Even though the EU is supposed to be a group of like -minded friends, there is little doubt that each country will look to protect its own position when negotiating the situation of future trade deals with the United Kingdom and very few will simply say farewell and we’ll agree to whatever you want as the torturous negotiations take place. In a nutshell, many European leaders think Britain wants to ‘have its cake and eat it’ by closing borders to EU citizens it doesn’t want (many eastern Europeans) whilst continuing to have unfettered access to the European market place. When one considers John-Claude Juncker has decided no one should be negotiating with Britain prior to the triggering of Article 50, there seem to be a large number of countries ignoring this instruction and the constant call for the return of Gibraltar to Spain by Foreign Minister Margallo is a perfect example of the way members of the Union only take note of instructions when it suits. At the end of the day, any pragmatic politician is going to do what he or she considers best for the State rather than the Union and in the case of Britain, the old headline ‘Fog in the Channel, Europe cut off’ seems to just about sum the situation up.