Miracle of a father’s love

DGT issues reminder on how to correctly use Spanish roundabouts Credit: Twitter @DGTes

WHAT would you do to offer hope and happiness to your child if they suffered from a rare and crippling disease? For one Spanish father the answer was simple – anything and everything. And answering that question has led him on an unimaginable journey.

Six years ago Miguel Angel Orquin Gonzalez was an unemployed textile worker who had lost his job in the recession after 20 years. He had already fought long and hard to care for Mara, his young daughter and love of his life.

Mara, 13, suffers from idic 15 syndrome, a genetic disorder so rare that it doesn’t even have a common name, being shorthand for Isodicentric 15. It is a chromosome abnormality which causes severe disability in those afflicted and is considered incurable by doctors.

Basic communication and motor skills are badly affected in sufferers like Mara, whose symptoms are especially acute. For her there was no hope, only ‘management.’

Under such circumstances, losing his job, his income, must have felt like the sky was falling down. But Miguel sensed opportunity rather than disaster.

Rather than despair he decided to bring light into Mara’s life, and shock the entire medical establishment while he was at it, pitting a father’s love against the cold, hard world of science.

With no higher education to his name, Miguel, now 43, enrolled in Valencia’s Faculty of Medicine with one simple, bold and heroic intention – he would become a doctor and devote his life to researching idic 15. He would discover, if not a cure, then at least proper treatment to offer his Mara the chance of living a normal life.

Last year Dr Miguel Orquin Gonzalez qualified after six years of study during which he didn’t just pass his medical degree, nor did he merely excel. In only his second year he left distinguished members of the Biochemistry and Molecular Biology department speechless when he proposed an entirely original research hypothesis into idic 15.

In fact his proposal was so promising that in 2011 and 2013, while still a medical student, he organised and lectured at specialised conferences on the disease in Minneapolis and Philadelphia in the United States.

When he completed the course in 2015, his thesis on idic 15 scored the maximum grade – a 10 out of 10. “That moment was for me a test, the examination result of how much I loved my daughter” said Miguel.

Now today, having devoted six years to overcoming his first hurdle, Miguel is taking on the next step of what will be a lifelong challenge. He has been steadfastly working on his radical hypothesis of the genetic causes of idic 15 and now needs to bring his research to the next level to begin seeing results.

He is seeking €123,000 in funding to embark on an ambitious research project, a true labour of love if ever there was one. And this is where you come in. 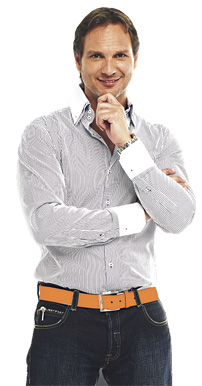 National journalist Javier Cardenas was one of the first to hear of and publicise Miguel’s astonishing story. But he went one further than simply writing about this heartwarming family struggle. Javier put his money where his mouth is and donated his second home to the cause.

Together Miguel and Javier are offering the Barcelona apartment and €8,000 cash for refurbishment to participants in a special Christmas draw to raise funds for Miguel’s medical research.

The draw takes place on December 22 and each ticket costs just €10, with every penny being used to research idic 15 and help Mara and the countless others who suffer alongside her.

Euro Weekly News has already donated €500 to help Miguel and Mara. Will you contribute €10 to help Miguel continue his adventure, defying the odds and bringing hope to thousands?

Miguel is fighting not only for Mara, but for the sufferers of rare diseases and their families across the world. He has learned the hard way that, when conditions are so unusual, there is little appetite in the worlds of medicine and public funding to help transform lives already considered lost.

Today he also works as a doctor, giving back to his local community in Castellon, while somehow finding the time and energy to take on the impossible.

He confesses that, after 20 years living a different life as a textile worker, he can’t get used to being called doctor by his patients.

Yet Miguel is more than a doctor. He is a man, a father, a hero, he is all that is good in us. Let’s help him keep this miracle alive and see what he can achieve, no longer alone, but with all of our support.

To donate to this incredible cause simply visit http://unacasaunavida.com/ and help Miguel change the world.