A White Elephant discovered in the South Atlantic 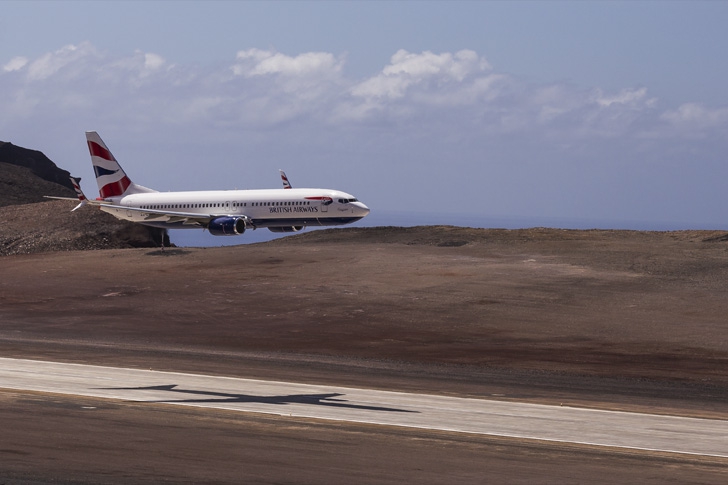 AS early as 1836 Charles Darwin noticed that winds across St Helena, the British Colony in the middle of the Atlantic Ocean, were exceptionally strong, almost constant and often changed direction, but this information didn’t seem to occur to the British government when it authorised the spending of some £285 million (€340 million) on building what was meant to be a commercial airport on the remote island.

Currently an ageing vessel, the RMS St Helena potters along a route which takes it to three of the British Overseas Territories in the South Atlantic, Ascension Island, St Helena and Tristan da Cunha with journey time from South Africa to St Helena taking at least four days depending on the weather.

The concept of an air strip on the island had been spoken about for years and was attractive to the 4,000 locals as it would not only make journey times to the outside world much quicker (and there is a large population of St Helenians in the UK) but would be likely to attract tourists who amongst other reasons would want to visit sites associated with Napoleon.

Money was spent locally to improve hotel facilities, buy boats and vehicles all in anticipation of the opening of the airport in May of this year, but when Comair, a subsidiary of British Airways tried to land a commercial Boeing 737 on the runway they only just managed on their third attempt due to the problem of ‘wind shear’ which had been identified by Darwin.

The opening of the airport was postponed indefinitely as it then transpired that the Department for International Development (DfID) ignored a Met Office report produced in January 2015 which made it clear that there would be considerable difficulty in landing due to the problems with the wind and to make matters worse, DfID underwrote ‘profits’ for Comair which means that they will have to pay the airline £1.9 million (€2.25 million) a year for lost revenue.

One bit of good news has appeared on the horizon however as in early December an Embraer ERJ-190-100 jet aircraft, operated by Embraer Commercial Aviation as a non-commercial trial and demonstration flight, visited St Helena Airport and made a number of succesful landings in different wind conditions over a period of three days.

This aircraft type is one of a number of potential solutions to operating regular flights to St Helena and other aircraft have landed at the airport either as Air Ambulances refuelling or as tests by new aircraft being delivered to South America.

It is just possible that the airport will become a commercial reality rather than a white elephant which has been paid for by the British taxpayer, if the Embraer report is positive and an airline operating that aircraft type can be persuaded to fly regularly to St Helena.