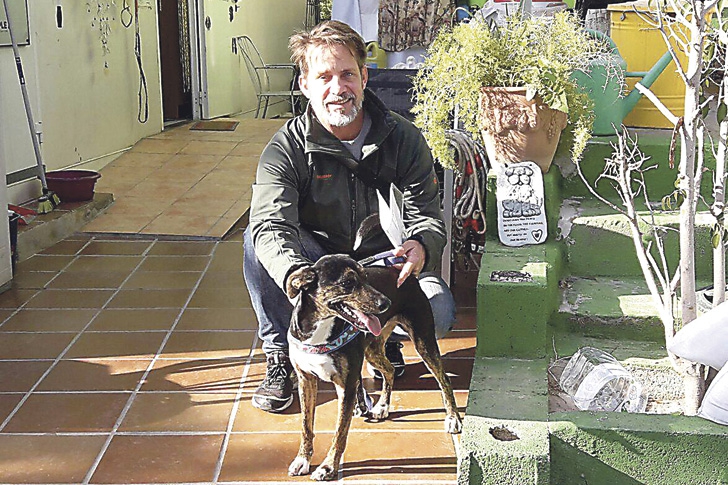 VALENTINA arrived at Triple A on February 14 2016 in a plastic bag found in the rubbish, together with four other puppies who were already dead.  No more than six days old, she survived only thanks to Triple A volunteers fostering her and nursing her back to health.

When I first heard people talking about ‘Triple A’ I thought it was an Alcoholics Anonymous Association and mused to myself at the thought of them probably being quite busy in a city with so much bar action.

I soon found out however that Triple A is actually the only place to take a stray cat or dog in Marbella, particularly if you want it to have any chance of being found or adopted and not, like in other places, destined to be put down before you have time to investigate your pet’s whereabouts.

Like many, I love dogs and I have a few of my own.  I share in the sadness of animals being put through cruelty and abandonment and worry knowing that it’s up to our community to keep Triple A going; they depend on our charity.  I also know that even if you don’t like dogs, we still need Triple A and it’s a simple question of math.

There are more than 500 animals at Triple A at any given time, at three poops a day each totals 1,500 poops, equivalent to 10,500 a week and 42,000 poops a month!   You don’t have to have read my column last week to know we can’t even pick up litter off the ground as we walk by; let alone deal with poop! And all those stray dogs in the bins! Not very five star… and I don’t think our community would be in favour of putting the animals down…

Anyway, back to the story.   Our surviving puppy, aptly named Valentina to honour the day she was rescued, had still not found a home with this next Valentine’s day fast approaching.

In desperation, Lily, one of the volunteers, decided to bring Valentina back to the Marbella Now TV show, with the conviction that she would find her a home before Valentine’s Day; and it worked.

Thanks to Valentina being in the right place at the right time, whilst waiting patiently ‘to go on stage’ everything fell into place, as if by magic.

A young couple living in Ojen saw Valentina and it was love at first sight; within the week they had gone to Triple A, adopted Valentina and taken her home.

The moral of this story is, I suppose, that no matter what horrors you’ve lived through, hopefully you’ll find a friend or two to help you through and always believe that if you get yourself out there and mingle with the crowd, your story can also have a very, very happy ending.