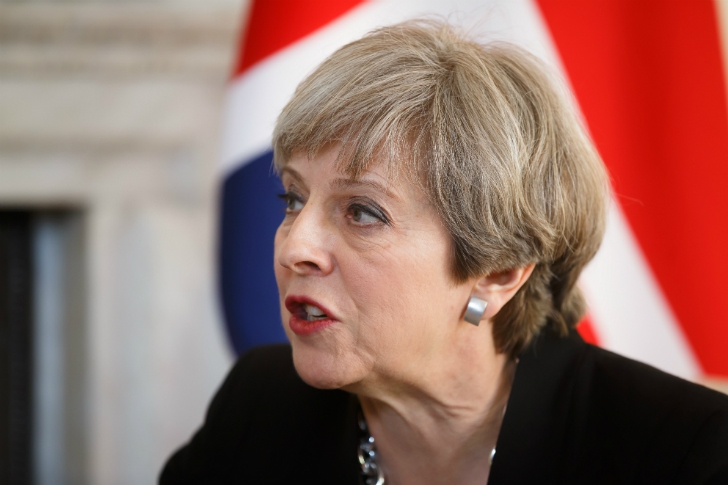 WITH headlines ranging from ‘May The Farce Be With You’ and ‘Theresa Back From The Dead’ to ‘The Maybot Rebooted As Strong And Humble. Stumble For Short, we witnessed a master class in how to lose a general election, snatching defeat out of the jaws of victory. Theresa May lost her majority through a combination of hubris, incompetence and personality.

Having billed herself as a great tactician, she made serious errors of judgement. Her stiff, formal language and reliance on pointless slogans endeared her to few voters. And while Corbyn inspired the young, she (with the ‘dementia tax’) terrified the old. She apparently learnt nothing from last year’s EU referendum, failing to put forward a coherent, unifying, energetic vision, relying instead on trying to frighten the electorate with dire warnings about voting for the opposition. Didn’t work then, didn’t work now.

The major problem facing the Conservatives is the mast they’ve pinned their sails to. Theresa May isn’t Margaret Thatcher. Never was, never will be. Thatcher had a clear vision regarding what she wanted to accomplish and didn’t hesitate to appoint ministers with the ability – and freedom – to implement that vision even if they were potential rivals. And she wasn’t opposed to taking risks: not just the Falklands war, but commitment to the EU single market and outspoken opposition to the euro.

Theresa May appears risk averse. Her sole face-to-face TV ‘debate’ was with her husband, while as Home Secretary she could have redesigned a department unfit for purpose for decades. Border/immigration control, the police force, the deportation of foreign criminals and illegal immigrants and asylum process all in disarray.

It was only with the police force she really got involved but concentrating more upon confrontation with the police federation rather than root and branch reform. She wasn’t dubbed the ‘submarine’ for nothing. Election after election it’s the same, right? A bit like each new M&S ‘fashion collection,’ when we keep getting assured: “Oh, there’s some really wearable stuff this time.” Or a bit like a desperate ex who keeps promising he’s changed but he never does… Nora Johnson’s psychological/suspense crime thrillers ‘No Way Back,’ ‘Landscape of Lies,’ ‘Retribution,’ ‘Soul Stealer,’ ‘The De Clerambault Code’ (www.nora-johnson.net) available from Amazon in paperback/eBook (€0.99;£0.99) and iBookstore. All profits to Costa del Sol Cudeca cancer charity