How does online gaming tax in Spain work? 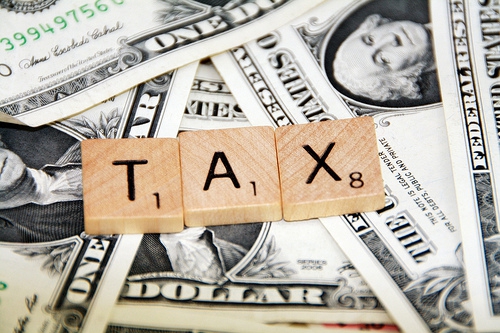 SPAIN is run by a central government, as well as seventeen autonomous regions and a further two autonomous cities. Needless to say, legislation can be tricky especially when it comes to nuanced businesses like iGaming. For that reason, we though we’d supply you with a brief overview of Spain’s gaming regulations, as well as how the country’s gaming tax works.

Prior to the Spanish Gaming Act

In 1977, following the introduction of new technologies, the Spanish government legalised gambling. Still, the regulations that were put in place at that time were arguably insufficient for almost everyone involved, including operators and players. For example, games created in numerous autonomous regions went unregulated, while unauthorised and unlicensed gaming operators acting abroad were not covered in the legislation.

Finally, in 2007 the Law on Measures to Develop the Information Society was passed by Parliament, encouraging the government to regulate gambling in Spain. These acts eventually came into play in September 2010 after the State Lotteries began to lead the process and the General Directorate for Gambling Regulation was incorporated.

Established on May 29, 2011, the Spanish Gaming Act aims to regulate online gambling throughout Spain and beyond. The Act makes it clear that online casino operators must acquire a federal licence or other legitimate authorisation, as well as licences from relevant autonomous regions to practise in Spain.

On a basic level, The Act defined three critical elements of gambling:

Thus, online games found at most online casino operators including sports betting, poker, bingo, roulette, blackjack and slots are all subject to regulation under the Spanish Gaming Act.

To put the Spanish Gaming Act and Spanish online gaming taxes into comparison, here is a brief overview of the United Kingdom’s regulations and taxes.

After the UK government enacted the Betting and Gambling Act of 1960, land-based gambling venues became popular throughout Britain. Within this Act was the introduction of an operator tax, which stood at 6.75% on all transactions and forced operators to in turn tax their customers 9%. This was eventually abolished in 2001 under Chancellor of the Exchequer Gordon Brown, who instead raised taxes on operators. Now, all betting winnings are tax-free throughout the UK, including those won online.

Following iGaming’s popularity, the UK government enacted further legislation in November 2014. All online casino brands operating within the UK at the moment must adhere to a standard of quality and must also acquire and display a thoroughly regulated licence. For example, to operate in the UK, online casino Mr Smith has to display evidence of their licence with the UK Gambling Commission as well as their account number clearly on their site.

Furthermore, all online casino or sportsbook operators providing games in the UK must now pay a licencing fee as well as a consumption tax of 15% on all profits, regardless of the games they are providing. Right now, it is difficult to say whether Spanish gaming tax will be modified further in the coming years, particularly due to Brexit. The same can be said for the UK, but we will simply have to wait and see.