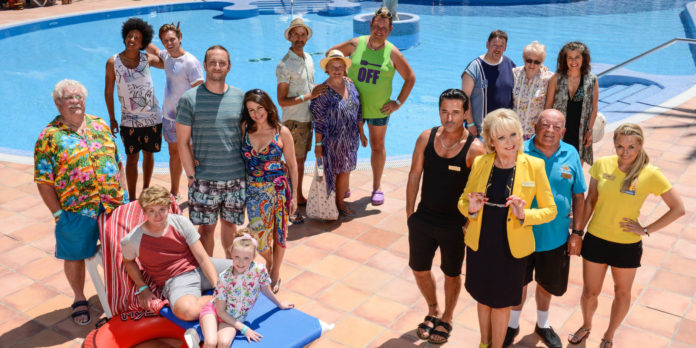 A PECULIAR thing happens to British people when they move abroad, and we’re all guilty of it.

We might take the plunge and set up camp in another country, work there and live there for many years, but we never stop calling each other expatriates or ‘expats’.

The term is remarkable when you stop to think about it. No other group of people in the world moves away from home in such droves, yet lives in denial that they are, in fact, considered immigrants by everyone but themselves.

Is there a reason for it?

Firstly, when the British move, they move. In the 1970s, former Prime Minister Jim Callaghan said that if he were a young man, he’d migrate. Well, the 300,000 British people who live in Spain took his advice, to say nothing of the 1.2m in Europe and the 5.5m Britons across the globe.

In Spain alone, there are enclaves of British people and active communities which make integration far less incentivised beyond the need for functional communication skills. The sense of home is a strong one, the bonds and backgrounds of shared experience largely unbroken particularly when there is a commonality enjoyed every day.

After Brexit this identity is now a bit of an Achilles heal. The ‘Brits gone wild’ stereotype of drunks and hooligans is being conflated with hard-working Britons abroad in the eyes of host countries and the media generally.

As the Brexit debate flairs, the big issue will be for expatriates to make a case for why they deserve protections from the EU. This will simultaneously require acknowledging a strong connection back to Britain, but an on par need, and perhaps equally intense, relationship with Spain and other EU countries.

Emotional as well as practical bonds are the cards to play. The very definition of ‘expatriate’ denotes a citizen of a country who works abroad, but has come to imply one who refuses to integrate and has preferential links back to Britain.

To protect the interests of Brits in Europe, they must be the first to acknowledge that they’re either economic migrants, subject to the same rules as any other group of nationals, or de facto Spanish citizens.

If the thought is shocking, remember it’s the UK Government, not the Spanish Government, which has jeopardised property investments, pensions and access to health care. No MP exists to represents these interests, and bluntly few care beyond those abroad.

Is it not now time to reflect on where ‘home’ is?