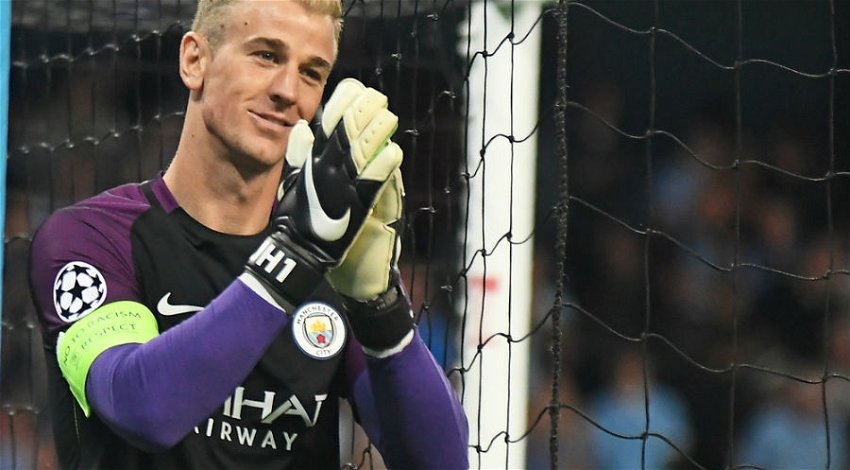 ENGLAND’S 2018 World Cup qualifying Group F campaign continues on October 5 with a Wembley fixture against Slovenia ahead of a trip to Lithuania on October 8 – with manager Gareth Southgate backing Joe Hart.

“We owed Joe Hart for getting a point against Slovenia in October 2016 – he was fantastic,” said Southgate.

England top the six-team Group F table, with 20 points from eight games going into the game against Slovenia, having been held to a goalless draw when the teams last met.

Hart, on loan at West Ham from Manchester City, said of his club future: “I was in Italy all last season. I love being at West Ham and I’m grateful.

“I’ve got until the end of May here – my concentration and focus is on doing my best.”

Hart has been criticised for his errors in recent seasons – for both club and country – but Southgate has stood by him. “When Joe is calm and composed he’s at his best – it’s something we’ve discussed,” said Southgate, who replaced sacked Sam Allardyce as national manager.

Manchester City midfielder Fabian Delph has been named in England’s 26-man squad for the World Cup qualifiers against Slovenia and Lithuania.

Delph has not made an international appearance since the 2- 0 defeat against Spain in November 2015: “We think he’s a really good player who has been unfortunate with injury,” said Southgate.

England were less than impressive against Malta, in what was a very late landslide 4-0 win, with boos coming from sections of the crowd. Malta are rated 190th in the world by FIFA.

Against Slovakia England ground out a 2-1 win, having trailed 1-0. England will qualify for next summer’s World Cup in Russia if they beat Slovenia; or if they draw and Slovakia, their closest challengers in Group F, fail to win.

Germany, Belgium, Sweden and Brazil had arranged earlier trips in a bid to book the best venues.

While the FA see St Petersburg and Moscow as preferred locations, other countries are looking at training facilities in Sochi and Rostov, citing a more predictable climate.

The FA will want to avoid Grozny, the capital of Chechnya, listed by FIFA as a potential team base camp. The 2018 World Cup draw is scheduled to take place in the Kremlin on December 1, this year.

Scotland boosted their 2018 World Cup qualifying hopes with victories against Lithuania and Malta in September and my pal, former Scotland chief Craig Brown, has backed national coach Gordon Strachan to take his Bravehearts to Russia.

With Scotland facing Slovakia and Slovenia in their final two qualifying games, Brown said: “The way Scotland are playing indicates we’ll be very difficult to beat. We’ve got to win the games.”

I became good buddies with Brown – Scotland chief during 1993-2001, taking them to their last major finals in the 1998 World Cup in France – when he took charge at my home city club Preston North End in 2002.

“If Scotland reach the World Cup play-off stages I wouldn’t relish going to Hampden as part of a play-off to get to a World Cup,” said Brown.

Scotland and England shared the spoils in a 2-2 draw in June and Brown said of The Auld Enemy game: “That was the turning point – it gave belief to the team.”