From prim and proper to sex-crazed drunk 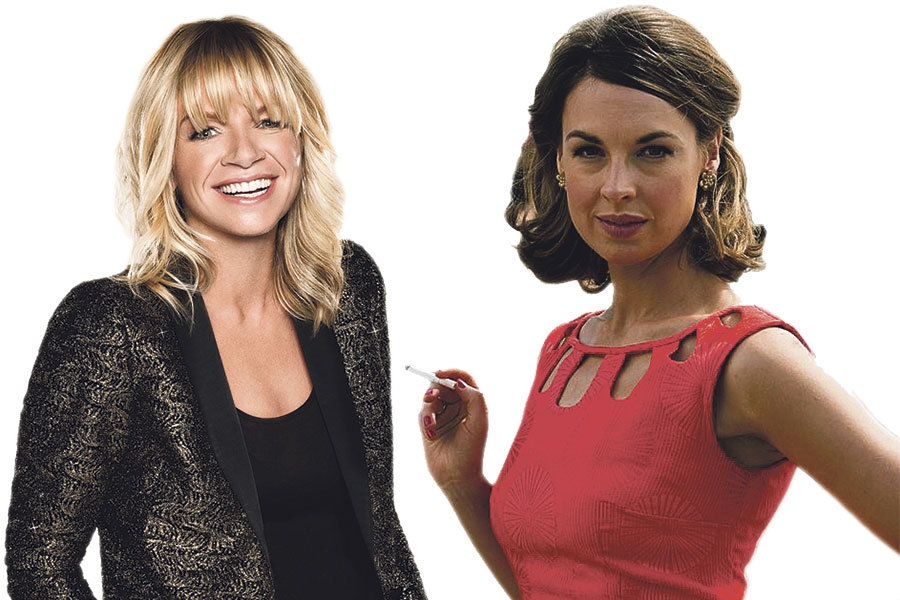 WHAT a turn-around,  with Jessica Raine, a prim and proper midwife in Call The Midwife now portraying a sex-crazed alcoholic in The Last Post (BBC 1), a new Sunday night offering.

Centred around a bunch of Military Policemen (MPs) keeping the peace in Aden –  the port city in south Yemen once under British rule – why is it that they wear bright red hats that are surely an open invitation to pot shots without telescopic sights.

With steamy scenes, a bit of gore and twists, keep an open mind, for The Last Post could develop, and of particular interest as it brought back memories of my own merchant vessel life in the Middle East and Africa at around the same time as the series is focused on.

Zoe Ball is back with Strictly It Takes Two (BBC2 Monday to Friday). She is always bubbly and good for a laugh, but why must the crew/audience scream and whoop in   X Factor style every time someone comes on.

Those Americans have a lot to answer for!

The failed dancers (for want of a better description for some) pour out their disappointment to lovely Zoe and I always fear she’s going to burst out crying.

While the X Factor (ITV 1 Saturday and Sundays) is surely a weekend must for a big percentage of Brits, it does not focus on the epitome of singing talent, but is just a huge ego trip for the judges, and surely raises the question of how long the tired old format can continue?

House prices in the not-so-quaint village of Emmerdale (ITV 1 Monday to Friday) must be rock bottom nowadays given the ragged bunch of thieves, murderers, liars, schemers, fraudsters and dogsbodies crammed into one place in this popular soap opera.

While script writers want action, surely not at the total cost of reality!

With people dropping like flies, it is all a long way from its conception of tales of country folk, where the outside scenes were shot in the Yorkshire village of Esholt. The landlord and his wife of the village pub The Woolpack (The Commercial in real life) now live on the Costa Blanca, though the real village inhabitants were nothing like their TV counterparts.

Driven by an unassuming presenter whose travels are always interesting, Russia with Simon Reeve (BBC 2 Sunday) gets to the parts others won’t or can’t access.

His down to earth style and easy going manner provides a different slant on issues in this vast country, from the apparent abject poverty in Tula where alcoholism is 10 times more prevalent than in the UK.

Featuring the proud descendants of the Mongolian Empire with their horses on the Steppe to the state funded Christian Cossack school in Stavropol, a fascinating non-censored peep at Russia.

Meanwhile I can’t  see the likes of Germany losing sleep over the England World Cup qualifying rounds televised on ITV. I think the best term is average!

Mrs Browns Boys (BBC 1 repeats on Saturdays), are the marmite of the media, measured with love or hate! The number of people who do not find the series funny still amazes, for I can’t get enough of Brendan O’Carroll, a true master of the one liner with the bang on timing of a speaking clock.

When he veers away from the script and adlibs he has other cast members cowering, hoping they are not going to be targeted.

It’s adult humour that offends some, but truly funny, and considering the lack of anything remotely laughable in the sit com stakes, the Beeb should commission more.