On yer bike with a battery boost 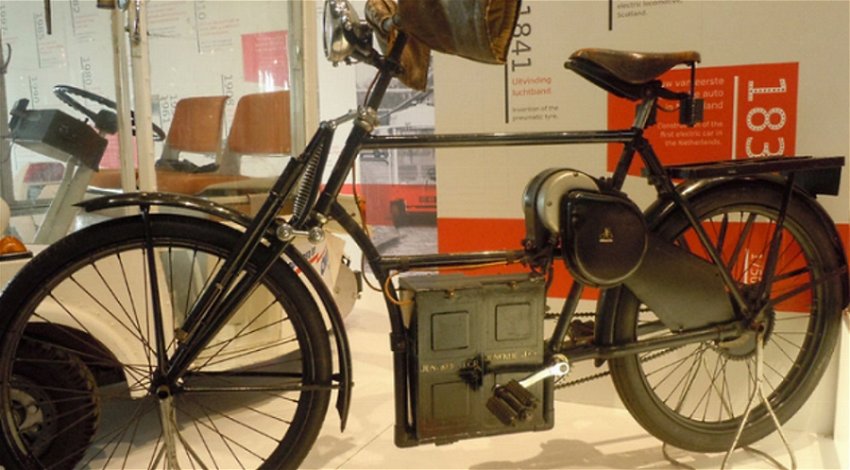 In an era of batteries with everything, Terence Kennedy asks if tiny motors can get us back on two wheels.

WE all know Holland is as flat as the proverbial tortita.

So it’s all the more surprising then in a country where cycling is so embedded, that last year for the very first time, the ‘flat-earth’ Dutch bought more e-bikes than those conventional clunkers.

Electrically-assisted bicycles, to give them their full name, are conquering the market at nearly 10 per cent growth a year, say the experts.

Annual European sales have hit more than a million now and rising, and the world’s main e-bike producer China already has some 220 million on its roads.

So when you ‘get on yer bike’ these days, should it be battery-assisted?

Granted there’s a fairly hefty entry price: perhaps €700 for a modest machine, over €3,000 for one which could qualify you for the Tour de France if you don’t get rumbled.(In fact a French competition cyclist did just get caught using a hidden electric motor. He apparently did it ‘to ease his sciatica.’ Yeah, right).

E-bikes come in two flavours, essentially those which make you work (cheaper) and those which don’t (time for a second mortgage).

The most popular are the ‘pedalassisted,’ where you have to keep pumping or you’ll grind to a halt.

Depending on your budget and how hard you work, your battery may take you between 30 and 100 kilometres or more of actual powered cycling.

Just don’t expect a ‘free ride’ when you hit a hill; getting up it is a shared endeavour between you and your battery.

Simple e-bikes have three boost settings (one, two and ‘wheeeee!’), and of course the usual traditional gears, from three to 21.

E-assistance from the motor (usually in the front wheel hub) cuts out past 25 km/h to avoid over-enthusiastic riders becoming strawberry jam at the bottom of a hill.

Fancier e-bikes have regenerative braking, a hand-throttle, can fold or for the true road warrior, can even pull a trailer full of batteries.

As with electric cars, some governments now subsidise e-bikes as part of their ‘greening’ policies. So should you boost your pedalpower?

As many of us know the European mainland is generally more bike-friendly than, say, the UK where unseating cyclists can be a national sport.

Our climate is conducive, that initial ‘whoosh’ as you pull away from cyclists on their prehistoric bikes is gleeful, and there’s nothing to rival the wind in your hair and the insects in your mouth.

And simply as physical exercise, it’s certainly a lot better than my previous regime: first-thing every morning up-down-up-down-updown, then open the other eyelid…

Postmen where I live use a €500 e-bike with a monstrous lead-acid battery; not the way for the rest of us to go.

Most bikes use lithium-ion batteries, which recharge for just a few cents overnight and will take you 30 kilometres or more depending on your own pedal-power and hills.

E-bikes don’t (yet) generally recharge downhill. For mega-trips you might even consider carrying a second battery – but beware of that extra weight.

How often you can recharge your expensive battery depends on how you treat it.

So treat it well with plenty of shallow charging and discharging and I can’t resist saying it, you’ll get hundreds of cycles.