Ramsay serves up dollop of coke surprises in loo 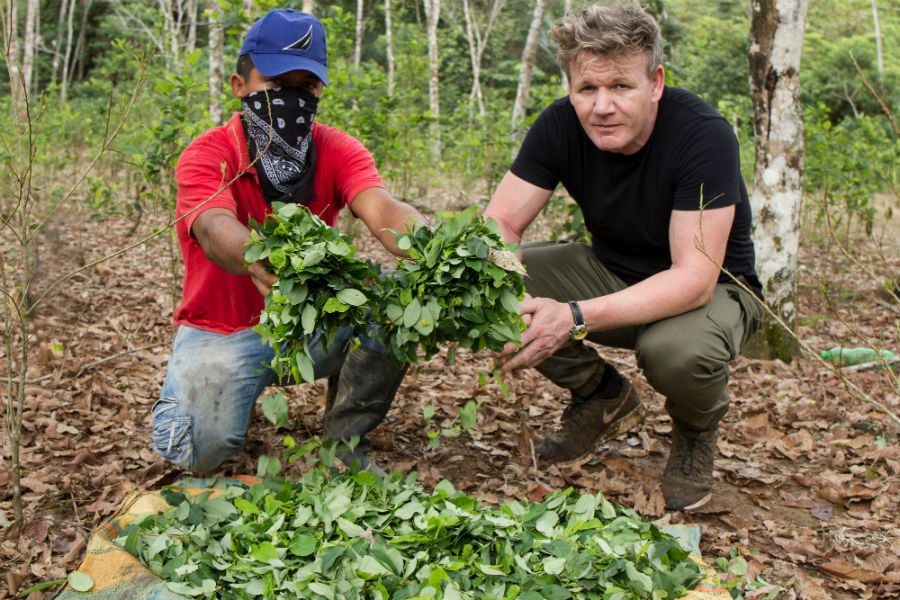 WITH the scale of cocaine use absolutely staggering in the UK, the new documentary series Gordon Ramsay on Cocaine (ITV 1, Thursdays) provided fascinating, if at times very disturbing viewing.

His first out-of-the-kitchen drugs task was to check the toilets of his own restaurants.

Surprise, surprise, evidence of cocaine positive in every one, not only the gents and ladies loos but more worrying to him, further drug proof when the staff toilets also turned the wipes he was using blue, signifying Coke use.

Caution… for Ramsay also turned the air blue with his characteristic strong language. It seems Albanian crime gangs – ever willing to use extreme violence – allegedly control London’s cocaine trade, with the UK topping the European league table for use of the white powder!

Ramsay then travelled to Colombia, the main source for cocaine cultivation, and discovered that there are a million people involved in its growth and distribution.

My own personal note to cocaine users is that it is manufactured using petroleum, acids and alkaline, so rather them than me.

What would Ena Sharples (young readers Google her) make of her beloved Coronation Street (ITV weekdays) at present?

The chances are she would get her hairnet in a twist at the goings on.

Where did Phelan come from? How come he’s found his long lost daughter? How did he acquire the house which he uses for his captives? Will Ken Barlow turn out to be his proper dad? Will Aliens be hiding in Roy Cropper’s deep fat fryer? Will Schmeichel come back as a poodle?

Blue Planet 2 (BBC 1 Sundays) blasted on to our screens in a wave of anticipation and hype that didn’t disappoint one bit. Four years in the making, the filming, expert knowledge and professionalism of Sir David Attenborough, the master of all things in nature and the planet’s best friend, were extraordinary.

Another blockbuster triumph from the BBC. A Rhapsody in Blue that George Gershwin would have been proud of and a superb must see.

For something totally different that does not tax the brain, try Pawn Stars shown on various channels, and centred around one family and a friend of the son, Chumley, working in a Las Vegas pawn shop.

Amazing items arrive through the door, some original worth thousands and some fakes. However, the banter between granddad, father, son and the not-so-bright Chumley make it a pleasant half hour.

A recent trend in television advertising is slow, re-recorded classic songs played over ads and sung by – to me at least – unknown female vocalists.

One that really grinds me down is the Beatles belter Across the Universe, now turned into a melancholy dirge by an anonymous vocalist!

I have no idea what is being promoted as I switched it off. Speaking of advertisements, thank the lord for the Beeb with no mundane interruptions.

Most ITV viewing is advertisement slots with programmes thrown in between. You can cook a threecourse meal in the intervals now whereas it was at one time ideal only for making a cuppa!