A loving farewell for Leo the Lion 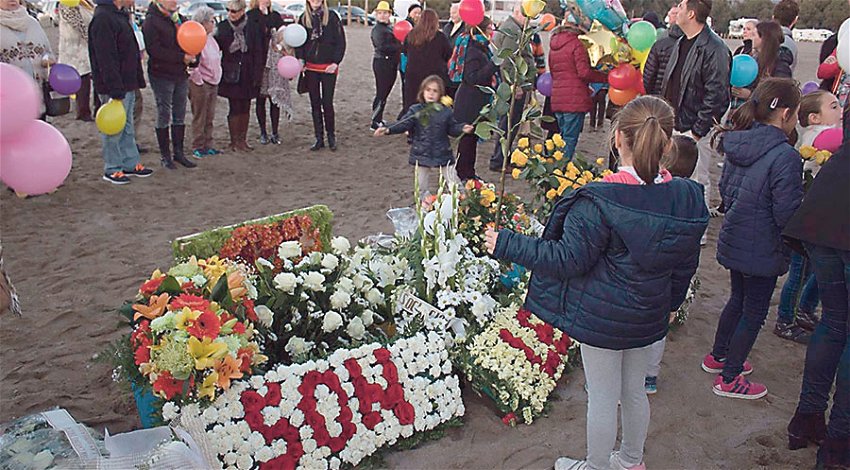 BRAVE brain cancer fighter, Leo the Lion may have gone, but he will never be forgotten.

Hundreds of friends, family and supporters of the inspirational four-year-old gathered on Palomares beach in Almeria to pay tribute in a moving

ceremony which saw 250 helium-filled balloons – many carrying hand-written messages – released into the sky.

The Euro Weekly News team performed a simultaneous release of balloons outside their head office on the Costa del Sol, as did campaign support groups and individuals in other parts of Spain, the UK and beyond.

An invitation-only funeral and cremation saw family and close friends pay their own respects on Tuesday, after many sent flowers or paid a visit to Leo as he lay in the chapel of rest over the weekend.

A hearse carried him around Palomares prior to the service, allowing people to pay their respects and friends to wave goodbye.

In the UK, thousands of Manchester City supporters honoured Leo with a minute’s applause during their home Premier League match against West Ham last Sunday.

Days short of his fifth birthday (December 6), the courageous four-year-old passed away peacefully in his mother

His last words were, to Sofia, a very clear “I love you.”

On September 2, 2015 Leo was diagnosed with a rare form of brain cancer.

Since then he underwent surgery at Alder Hey Children’s Hospital in the UK and, thanks to a fund launched late last year, which the Euro Weekly News supported, travelled to Oklahoma in the United States for cutting-edge proton beam therapy.

But sadly, it was all in vain.

Karen recently told the Euro Weekly News: “I want people to remember Leo for the happy little boy that he once was, that cheeky little boy, the one who smiled no matter what…

“I want to thank everyone for their continuous support during this journey to give Leo the best chance for a life.”