Christmas week in London and let it snow 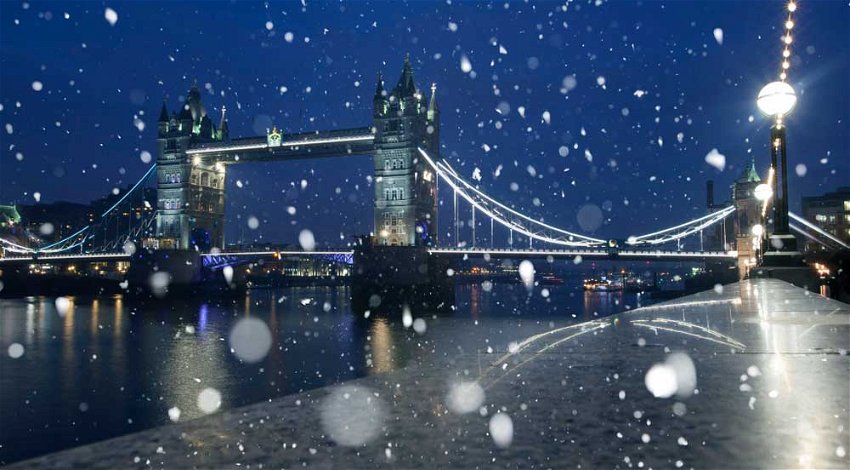 WHAT with global warming holding sway it’s officially a surprise whenever it snows in London, which it does pretty regularly.

Last Monday heavy snow falls across the Midlands of England as well as the South including London did little to delay trains, until trackside fires and damaged overhead wires restored a sense of normality with a touch of chaos to the commute.

London’s buses; who bear the brunt of the commute, pressed on and maintained their steady nine miles an hour average.

Cars barely average 20 miles an hour on major roads in Greater London at the best of times; took to sheltering behind their big red cousins and at least maintained progress towards their various destinations.

The Tubes or underground network were for the most part boringly efficient.

Much of the past week London has had clear skies, alleviated by sleet and snow showers.

Up North or the rest of the UK things were chillier, Shropshire marking the low point with minus 12 degrees centigrade, a shattering 16 degrees of frost.

London barely made it into positive territory and the wind chill was significant, a steady north wind. Schools across the country closed some with intemperate haste it was alleged by irate parents scrambling to arrange alternative care for their children. Though most sensible children and parents took to the parks with sledges and warm clothing to have a jolly good time with snowballs flying in all directions.

Midweek the temperatures climbed above freezing to cold and raw, and the thaw cleared away all the snow. Children, as well as weary teachers, dragged themselves back to school; counting the days. Only a week to go before the break for the Christmas holidays

Christmas week is before us and for many it’s a time of feasting and merriment with friends and families.

A recent study highlighted loneliness not just for those isolated at home but even those at work. “Forgetting there is more that unites us than divides us, we recede into withdrawal.”

Loneliness they revealed even damages the UK economy. The financial cost was attributed at £32 Billion each year. At this time, more so than at any other, our thoughts ought to turn towards the needs of others.

Happy Christmas, and a peaceful and prosperous New Year to you and yours.

• Nick, writer of the Monday Morning blog, was a piece of the ‘luggage’ of expat parents in his youth but has based himself in London; limpet like, for most of the last four decades working in global media.