Sting due to return to Costa del Sol next summer 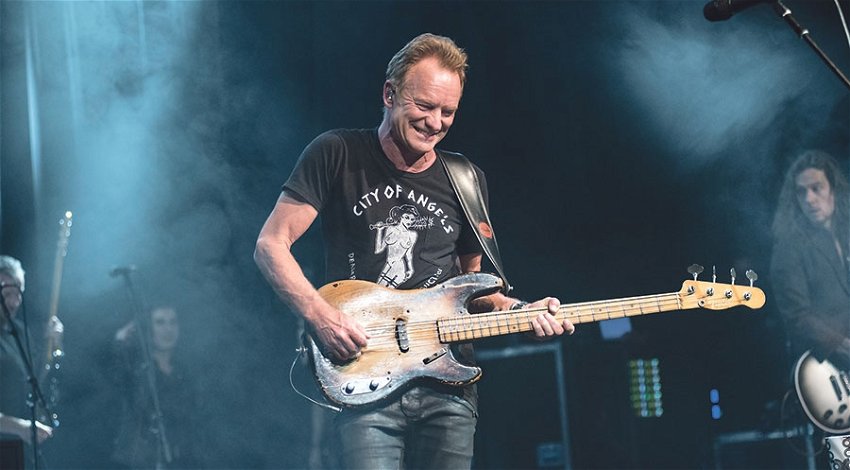 STING: Performing numbers from his latest album on stage.

DESPITE the fact that there were considerable problems earlier this year with the then ruling council in Marbella, the Starlite festival has announced its first four acts for 2018 including Sting.

Tickets for the Sting concert to be held on Thursday July 19 went on sale yesterday (Wednesday) alongside those for David Bisbal who plays the next day as well as Pablo Alboran on August 1 as part of his Prometto tour where he will promote his fourth album.

Also confirmed is flamenco dancer Sara Baras who will present her new show Sombras (Shadows) a journey through light and dark with many shades on August 11.

Also announced but with dates to be confirmed, the very popular CantaJuego children’s show will be returning to entertain the entire family with songs, dance and audience participation.

Fans of Sting will remember that he last appeared on the Costa del Sol in July at a sold out show by the Castle Sohail in Fuengirola when he was promoting his latest album 57th & 9th.

At that time he told Euro Weekly News “I’m very much looking forward to performing in Fuengirola. I appreciate the fans’ loyalty and support in Spain. I love touring and I still get a buzz from being on stage. There’s no way to describe the feeling of playing for thousands of people who are pleased to see you. That’s something you can’t be blasé about.”

Clearly, he must have enjoyed the response he received from the admiring audience as he was quick to agree to return to Costa del Sol.

The current Marbella council leader Mayor Angeles Muñoz made a point of meeting with the organisers of the festival soon after she regained power and it is generally believed that she sees many advantages to the running of the festival which generates work for hundreds of local people and promotes the name of Marbella on the international stage.

There are however a number of problems to face as the Junta de Andalucia and the Local Police as well as opposition politicians and businesses have suggested that there are breaches of local bylaws concerning the venue and after event parties as well as the fact that the site is in a protected area.

These problems have resulted in the organisers currently stating that although there will be a Starlite, probably in Marbella they are not yet in a position to confirm that it will take place in the usual venue in Nagueles.

With tickets going on sale already, it is a brave concert goer who will commit to spend quite large amounts of money on purchasing tickets for a site that may be in Nagueles, may be in Marbella or could be somewhere completely different.