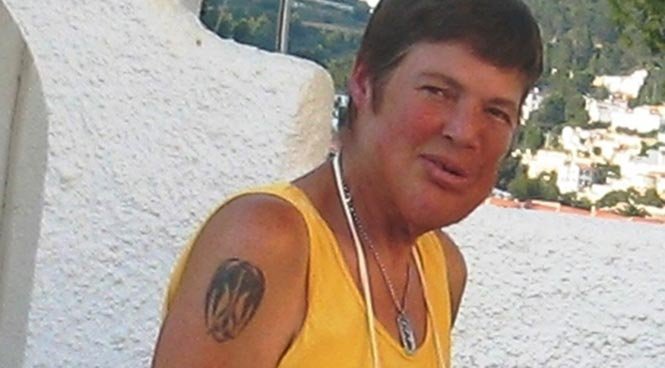 Missing: Caz has not been seen for exactly a month

WORRIED friends are desperately appealing for information about the whereabouts of Caroline ‘Caz’ Williams, who has been missing for a month on Spain’s Costa Blanca.

The 66-year-old, who has a number of serious medical conditions, was last seen wearing combat trousers in Denia on November 22.

Having collapsed in Moraira, Caz was taken to Denia Hospital, but left the same day and has not been seen since.

She needs to take regular medication for various conditions, but all of her supplies have been left at home.

Friends say her house was left in a condition which suggests she intended to return soon.

She normally wears a medical medallion and is easily recognisable because of a distinctive tattoo on her right shoulder and facial disfiguration.

She is about five foot seven, has short, cropped hair and is described as having very thin arms.

John Knight, a friend who holds power of attorney for Caz, said he was “very worried” about her welfare.

“Something serious has happened but let’s hope it’s not extreme”, he added.

“Those people who know her are very concerned. We really have no knowledge of where she might have been.

“As far as we know, she hasn’t wandered off before.”

In 2015, she suffered a motorcycle accident which left her blind and in a coma. She has since had reconstructive surgery to partially restore her sight, but has had one eye removed. Coupled with childhood radiotherapy, friends say the surgery has left her badly disfigured.

Her car has been traced and police believe she has not used it since leaving hospital.

She withdrew cash on the day of her disappearance, but there has been no movement in her account since. She speaks no Spanish.

“Caz was well known by sight in the Moraira vicinity because she frequented the local shops, medical centre and Friday street market, so we are hoping that someone may have seen her more recently than November 22 and be able to give us a clue as to her whereabouts.”

Caz’s cat has been found.